Although I’ve been to Ponoi many times, it has been over three years since my last visit and thus it was with great anticipation that I came out for the opening week this year.  I invited my godson, William, who had just graduated from Georgetown five days earlier, to join me; he was not only new to salmon fishing but new to fly fishing altogether. I was so excited for him to have this unique wilderness experience and to see it through his eyes.

Saturday morning brought an early start and Marjaliisa Bjorkbom, our long-standing Helsinki representative, helped us navigate the chaos of Helsinki’s Vantaa Airport which has grown exponentially in the past few years. There is a whole new international wing to keep up with Finnair’s tremendous expansion into Asian routes.  We have a new charter service this year and this was the first week with the bigger plane so I was more than a little nervous hoping that it would accommodate all of the fishermen’s luggage—which it thankfully did in the final analysis! It was a short 1 hour, 45-minute flight due north, and whoosh, we were in Murmansk!  The inefficiencies of Murmansk Airport’s Russian Passport Control have not changed one iota and I took advantage of the long wait to pop into the lady’s room and swap my turtle neck for a tee shirt due to unseasonably warm temperatures. Who would have guessed we’d be in short sleeves above the Arctic Circle in early spring?

Reunited with luggage, we passed through customs easily and the familiar faces of Sasha, Julia, and Steve who escorted us to the “VIP Room,” a private lounge reserved for the exclusive use of Ponoi guests. To my surprise, they had a nice spread of snacks, well upgraded since my prior visit, and the bar even had a Chilean Sauvignon Blanc on offer.  While the bags were weighed and the helicopter loaded, we became well acquainted with our fellow anglers who were all characters of note!!

The helicopter journey was uneventful—non-stop at 1 hour, 45 minutes across a vast tundra wilderness—and we arrived atop “Helicopter Hill” to the smiling faces of Ryabaga Camp manager, Joaquin and his international team of guides. We paused at the “Stairway to Heaven,” a lengthy staircase built to help guests navigate the steep descent, for a quick photo on this balmy day. William and I were staying in a duplex cabin # 4 & 5 which afforded awesome views of the river. The addition of single occupancy cabins with ensuite bathrooms, replacing the canvas tents, is the biggest capital improvement to the camp! Having seen the footprint of the cabins and stud-walls of the structures in my last visit three years ago, it was fantastic to now be staying in one!  It is spacious and has a queen bed, chest of drawers, a small desk, and several useful hooks.

One of the senior guides, Juan, appeared at our cabin to issue fishing licenses, and help us organize and rig our tackle, much of which we were borrowing from the camp. He explained each step to William who soaked it in like a sponge. We went for a walk around camp and I was filled with nostalgia for the many memories that came flooding back. I’ve spent many weeks in this camp wearing different hats in various roles from kitchen helper to hostess, so was looking through a lens with a well-trained eye. I was so impressed by the new ventilation system in the kitchen, and the Ponoi Museum which documents the history of this special place. Under the stewardship of Russian owner, Ilya Sherbovich, Ryabaga has truly matured!

My Five TOP things at Ponoi that have not changed:

It was a record-breaking opening week with over 1200 fish—more than many rivers produce in a whole season. The guest list spanned from age 22 to 80+ and everyone caught fish, including William, who had 28 to his rod for the week!  Where else in the world could such a result be possible?  The Ponoi team continues to inspire me with their innovation, the easy camaraderie between guests and staff, and their infectious passion and enthusiasm for this amazing river.  I can’t wait to go back! 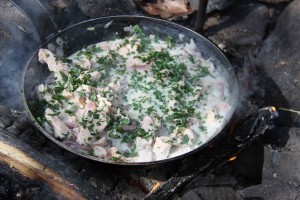 Shore lunch of salmon with a creamy leek sauce 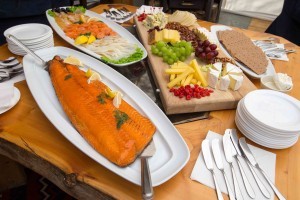 An array of tasty hors d’oeuvres 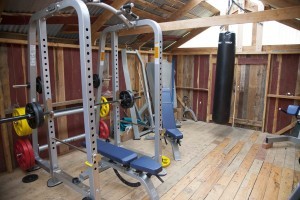 The new gym at Ryabaga 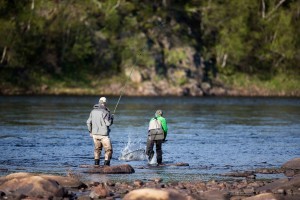 Landing a fish in the Ryabaga Home Pool 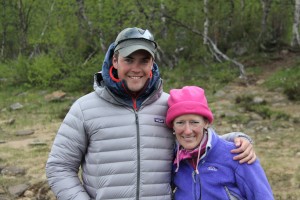 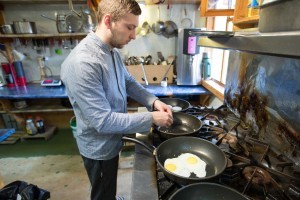 New for 2017: eggs to order for breakfast 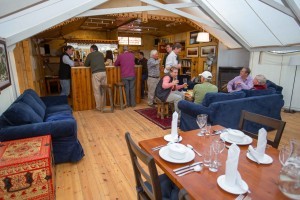 The convivial atmosphere of The Big Tent 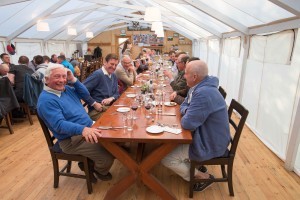 Dinner in the big tent

Bathroom interior of the new cabins 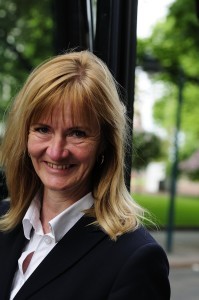 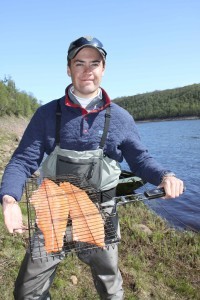 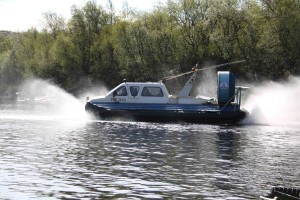 Travel to remote beats in the comfort of hovercraft 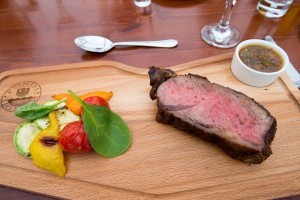 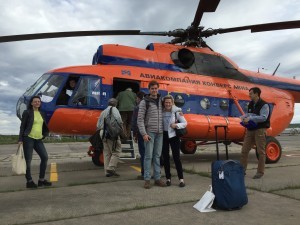 Boarding Mi-8 helicopter in Murmansk for flight to the camp 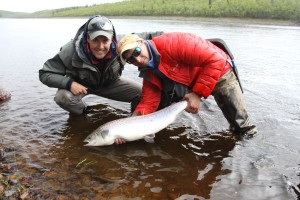 William with his guide, Tolik, releasing a nice salmon 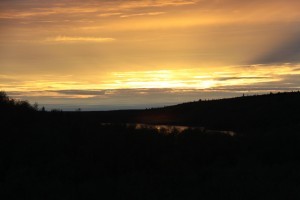 View of the Midnight Sun from Duplex Cabin 4 & 5 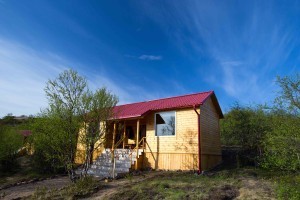 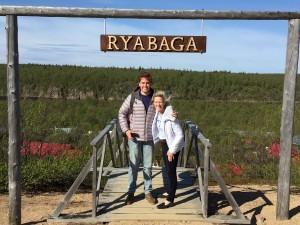