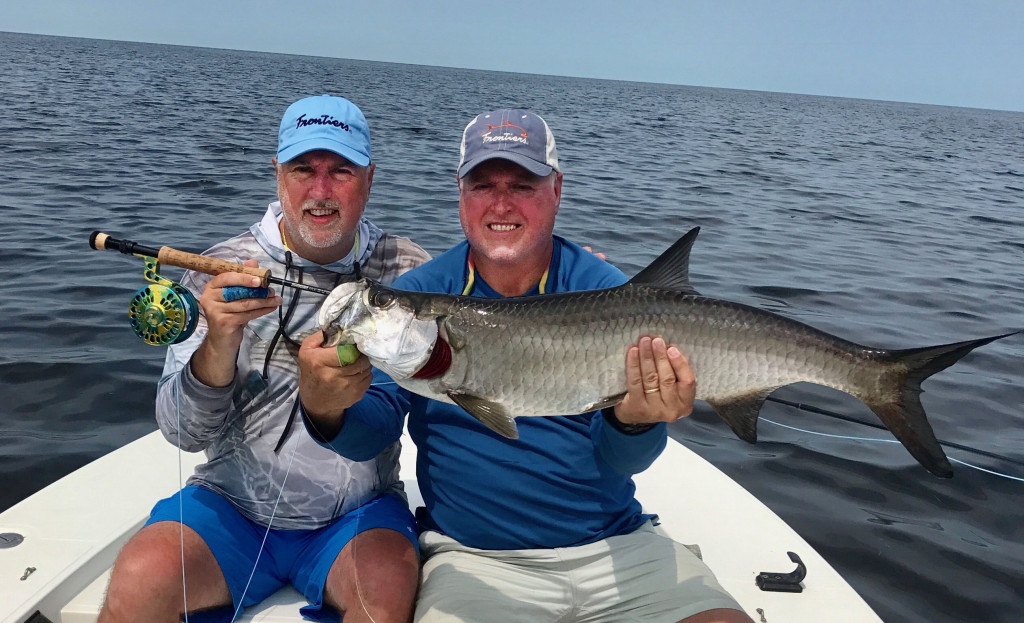 Campeche delivers once again! Hosting a trip with five of my friends, over 60 tarpon were brought to hand and nearly twice as many were hooked and lost. Their legendary acrobatic jumps combined with their willingness to take a fly, put baby tarpon fishing near the top of my list. I only landed about one third of the fish I hooked because their mouths are as hard as cinder blocks. Our fishing days started early with a hotel breakfast at 5:00 am. Fishing from conventional flat skiffs, our runs to the fishing were as short as 15 minutes to as long as an hour and forty five minutes. On our final day, we decided to do the long run to look for larger fish. It required us to leave at 4:00 am., but on a beautiful full moon night with waters as flat as glass, it was an awesome experience. We landed a few fish, but we didn’t have the day we were hoping due to an uncommon west wind and its effect on the outgoing tide. 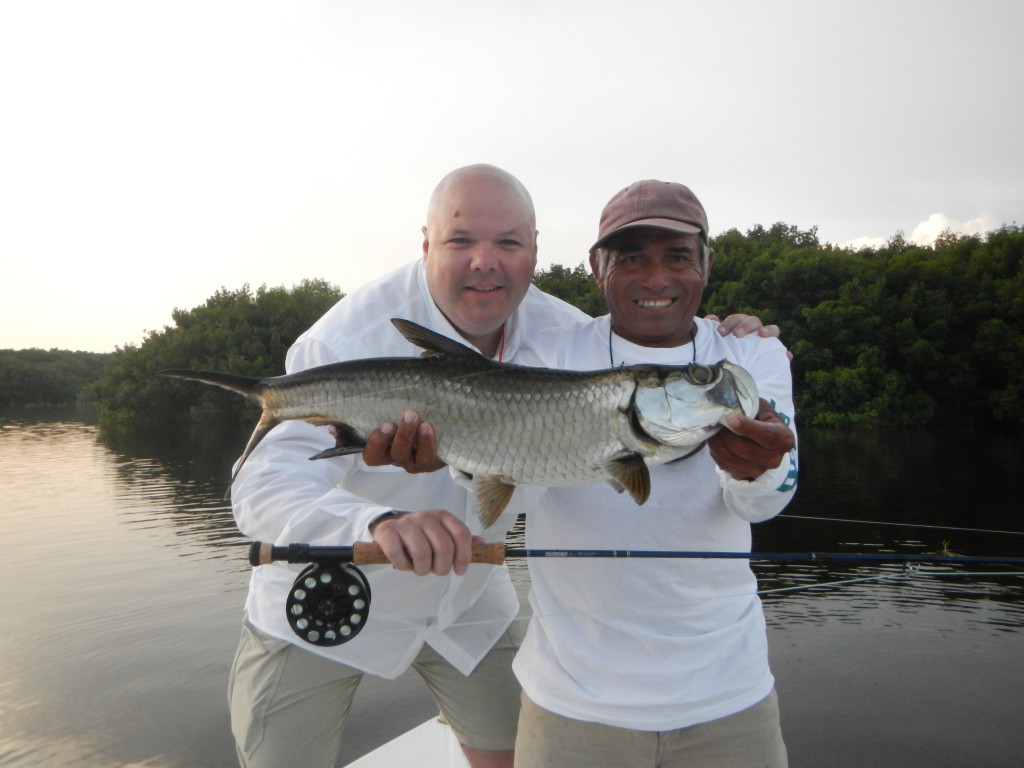 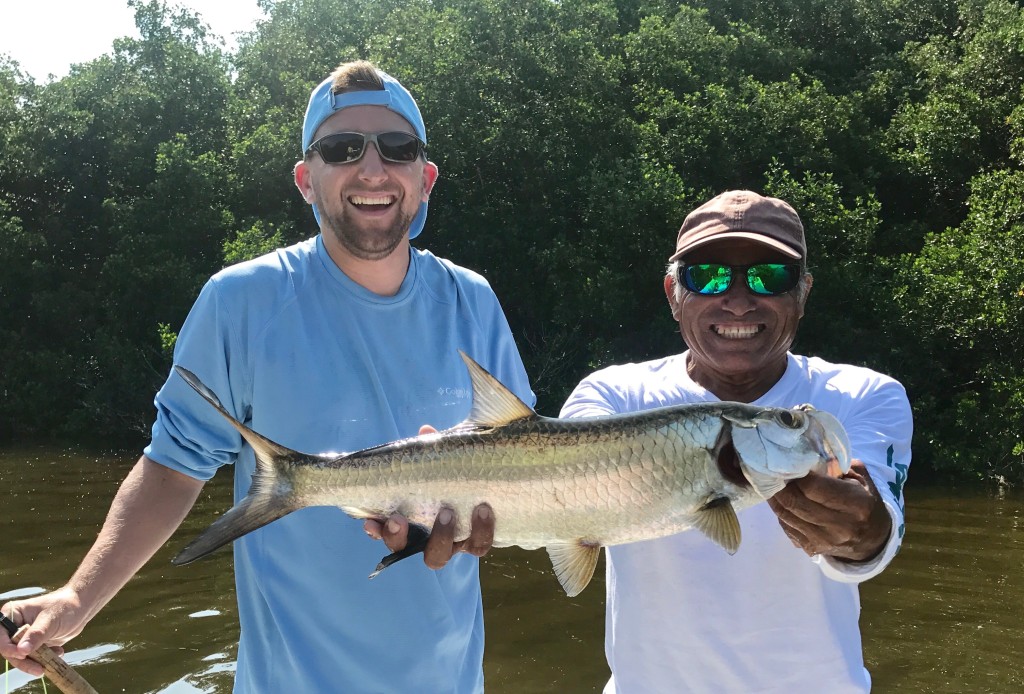 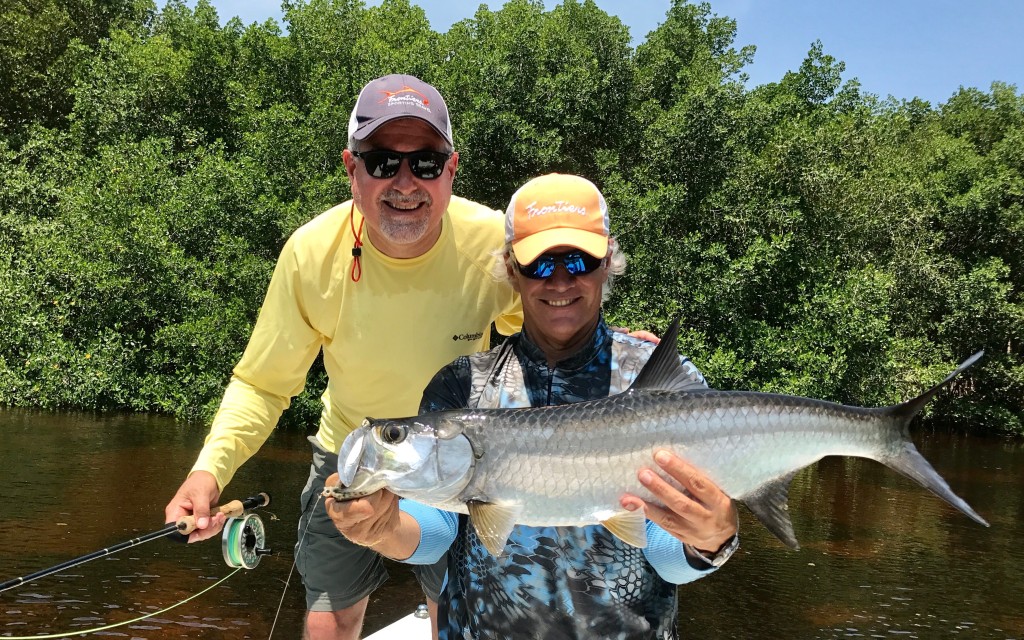 I couldn’t talk about Campeche without mentioning the wonderful city and their outstanding restaurants. We had wonderful meals at Fabo Del Morro, La Parrilla de Colonial, La Piqua and Potros. Our last night in Campeche was epic! We decided to go back to the La Parrilla in Old Town Campeche where we celebrated the end of the trip with margaritas, sombreros, tequila and great food. Octopus tacos, tuna tacos, flaming skewers filled with meat, vegetables and molcajete’s, a pre-Hispanic stone container normally used to crush grains and / or make sauces. In this instance, it’s used to serve tiger shrimp or beef, avocado, scallions and guacamole, served with fresh tortillas and three types of salsa. Our plans for a return trip in 2018 were finalized that night. Thanks to the great staff at La Parrilla for an interesting and fun evening. 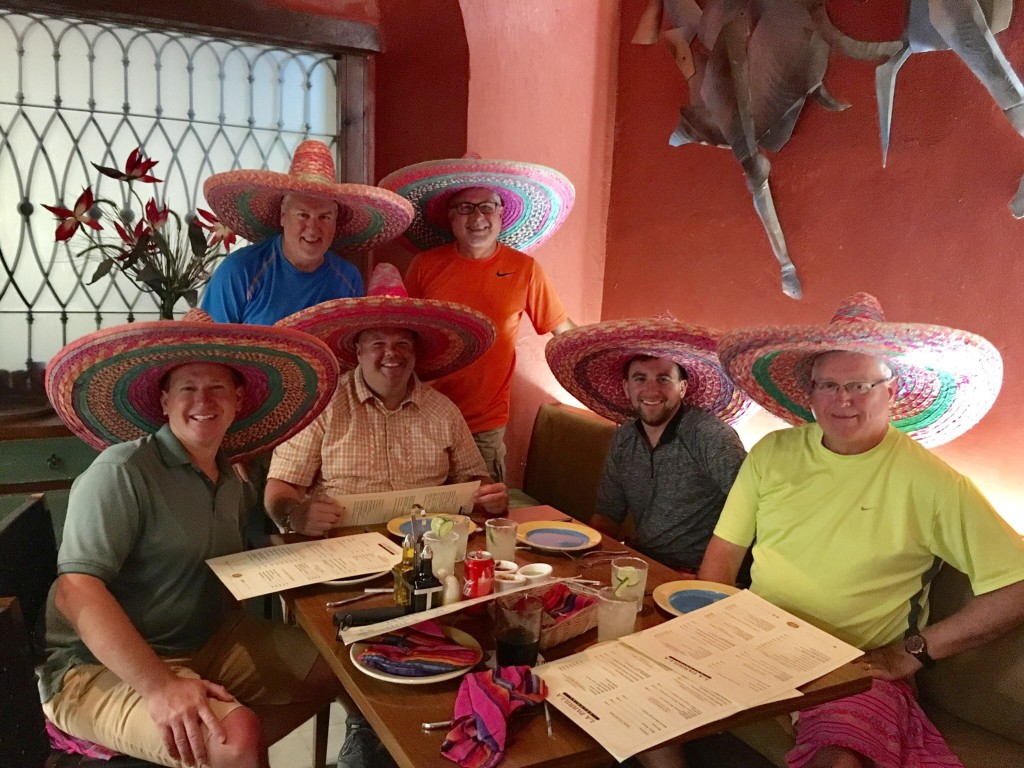 Campeche offers more than just great baby tarpon fishing and scintillating restaurants. It’s one of Mexico’s best kept secrets with an amazing history. The Mayan’s dated Campeche all the way back to the sixth and seventh centuries. The Spanish explorers discovered the area in the early 1500’s and they established the city of Campeche in 1540. When the pirates started attacking the city in the late 1600’s, forts and a massive wall were built around the city to help fend off the attacks. Much of the wall and the forts still exist today. 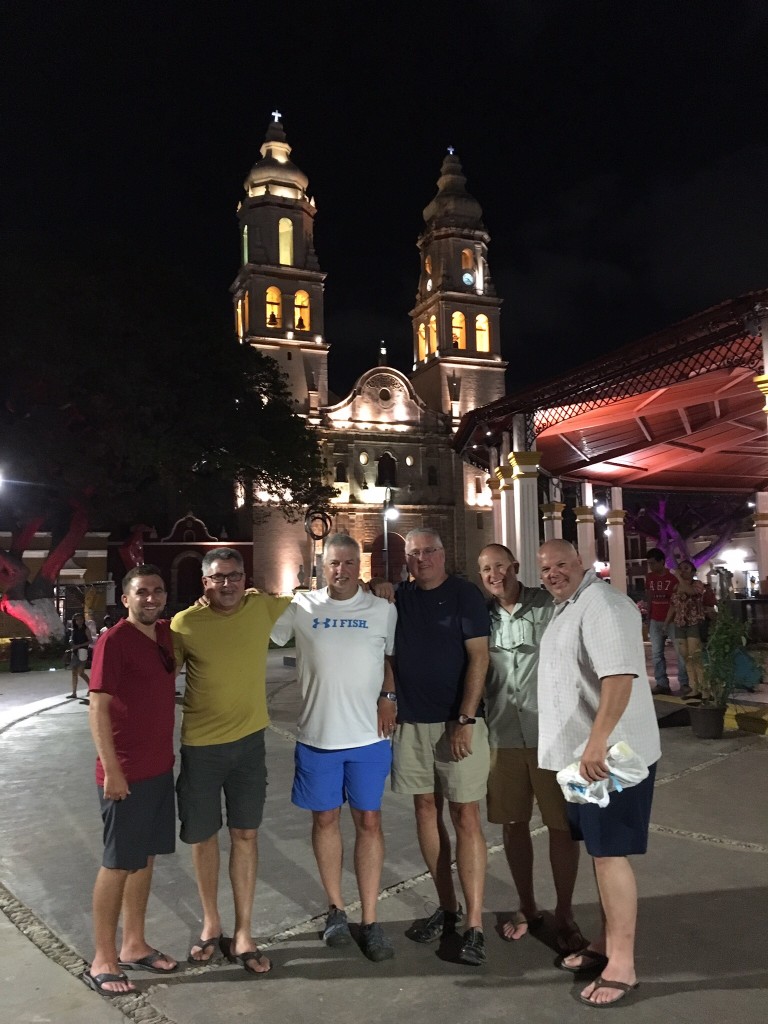 If you’re considering a trip, try to plan around the new or full moon. While there are fish year round, for the best fishing look to the prime months of May through September.