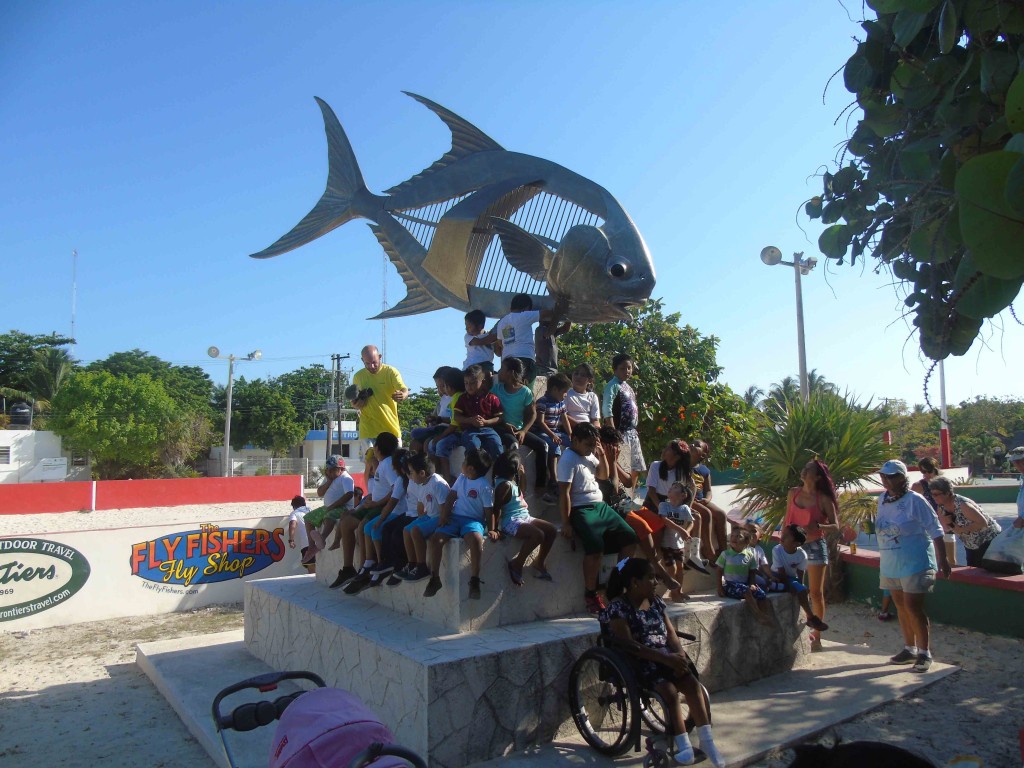 The Fourth Annual Ascension Bay Permit Tournament is in the books and so is my third year of participating in the tournament. While most of us departed without winning any of the awards, in my heart, I felt like a big winner, as the tournament continues to do great things for the kids and schools of Punta Allen.

This tournament is more of a festival and helps the community of Punta Allen. This small fishing village is at the north end of the Bay in the Sian Ka’an Biosphere – one of the best flats fishing resources in the Atlantic and Caribbean. A handful of the lodges participate in this great event. Permits are the focus species, but a number of the contestants can choose to chase bonefish, tarpon, and snook.

I stayed at Grand Slam Lodge, one of our favorite lodges in the western Caribbean. Here, south of Tulum is a pristine fishery in the Biosphere Reserve. It hosts some of the biggest permits in the world and enormous schools of bonefish. With tarpon and snook also on hand, it’s one of the world’s best places to go for a “grand slam” or “super slam.” 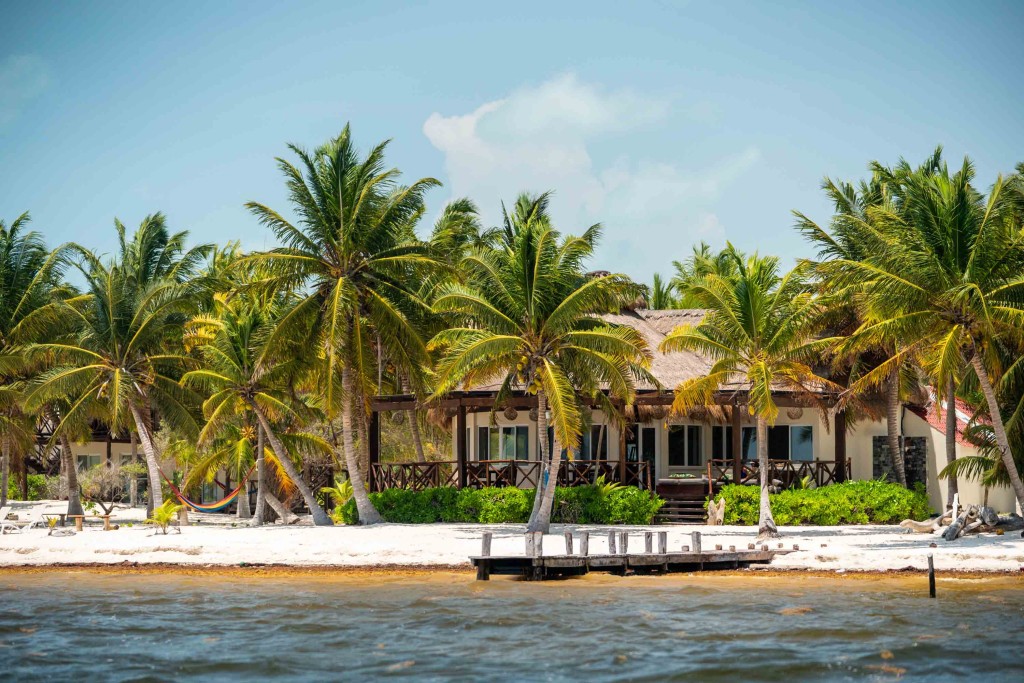 The Lodge has an outstanding guide team complemented with very comfortable air-conditioned accommodations in twelve beachfront villa rooms, complete with king-sized beds, satellite television, and a wrap-around deck. Cool off in the pool with a cold drink of your choice. Dine on fresh-caught lobster and fish for dinner, and then enjoy aged rum and a Cuban cigar while swapping fishing stories. The Lodge is also very well managed. 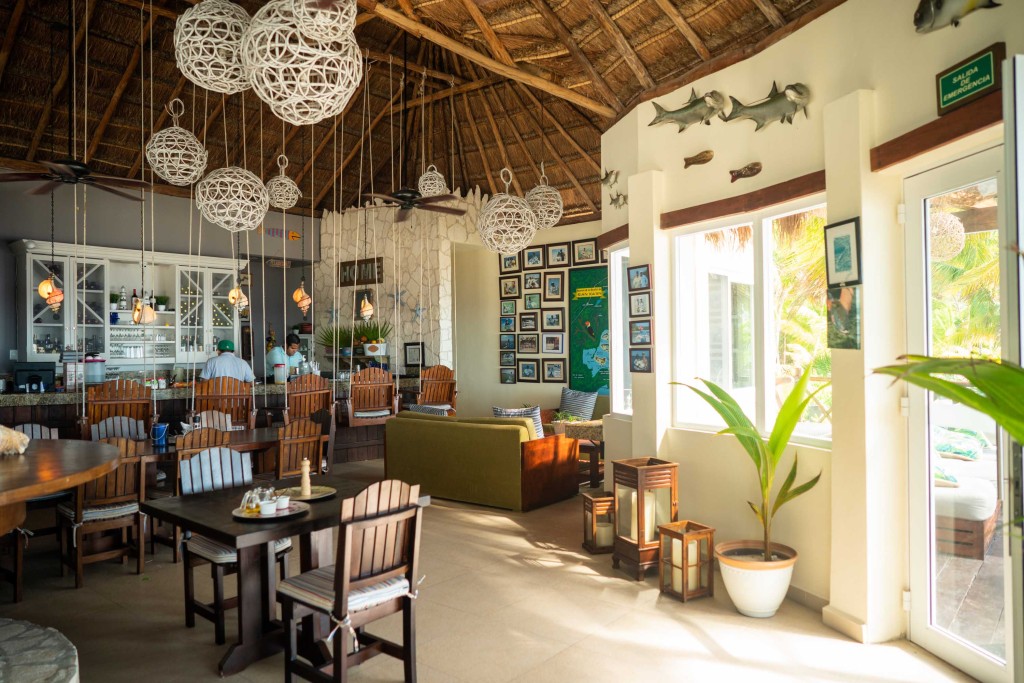 The weather was super for all three days of the tournament. The morning of day one was bustling with activity as the anglers prepared for their first day of fishing. My guide for the tournament was Alex, along with his assistant, Luis. We spent most of the day chasing permits, both from the boat and wading. We saw many fish to cast to but as it typically goes with the permits, casting to them vs. catching them are two very different things. We tried various crab and spawning shrimp patterns to no avail. I’ve caught permit in the past but have gone into a major dry spell over the last few years. Needing a break from the frustrations of permit fishing we decided to chase some bonefish. I decided to measure one of the bonefish I caught, and after reporting the catch to the committee, I found myself in first place in the largest bonefish category after the first day with a whopping 16-inch fish. Everybody else was busy chasing permit or decided not to measure their bonefish. Only one other contestant measured a fish the first day, so I knew it wasn’t going to stand up. 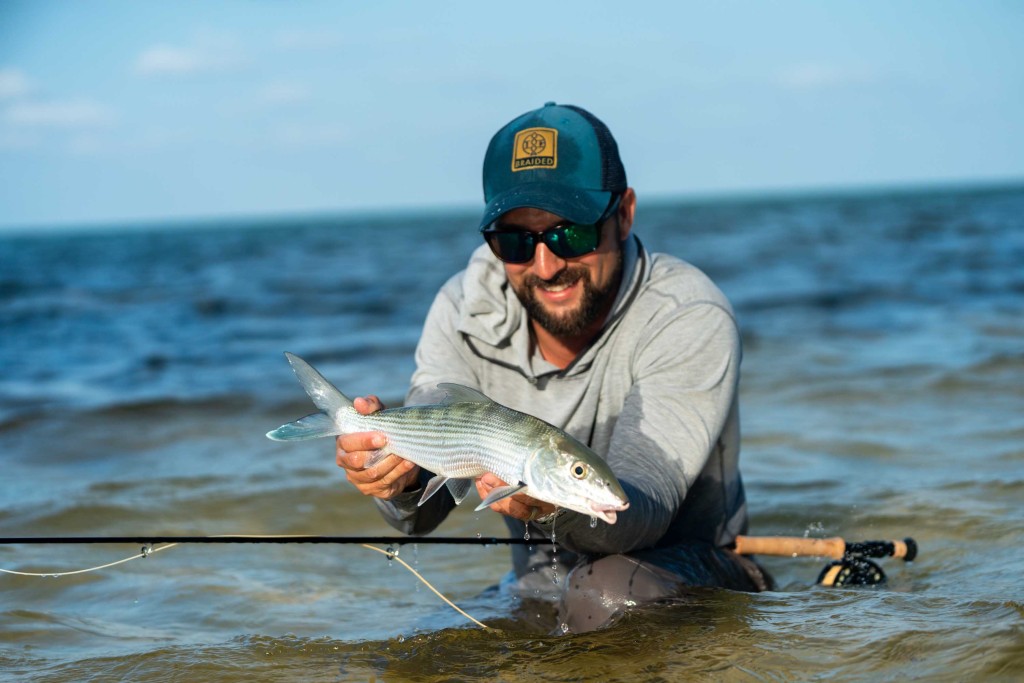 Day two was a repeat of the first day. The guides and I continued to see a lot of permits who like the day before took one look at my flies and said not today, try again tomorrow.

My third day started with fly tying guru, Enrico Puglisi inviting me to join him on his boat. Needing a change in luck, and honored to spend the day with one of the industry’s notables, I readily accepted his invitation. I managed to land a small permit around 10 inches, not quite what I was looking for but a start in the right direction that added to a beautiful day on the water. The tournament ended that evening with the presentation of the awards to the winners. Ed Hartman won with 115 total inches of permit caught over the three days, and Alberto Coppini landed the largest bonefish of 22 inches. Nobody landed a tarpon or a snook. The auction followed the awards and a grande Mexican fiesta hosted by Grand Slam Fishing Lodge.

The real winners of the tournament continue to be the children and schools of Punta Allen. Thanks to all the sponsors and their generous donations and to all the people who opened their wallets during the auction, a lot of money was raised for future use. 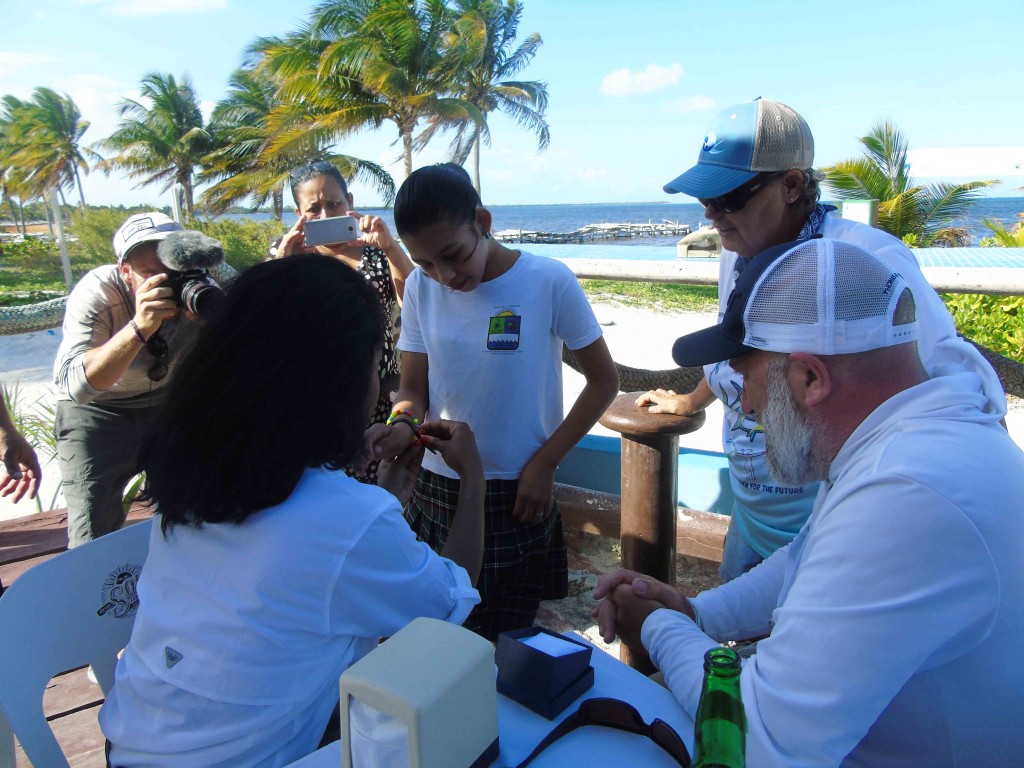 Proceeds from the first three years of the tournament went towards purchasing the following:

There were several highlights of my trip. One was the after fishing party at a local restaurant in town sponsored by the S. Kent Rockwell Foundation. Estella, when previously asked what she wanted, received a watch that spoke the time and several balls with specially made bells for those who are blind. It was a very emotional and tender moment for all those who attended. 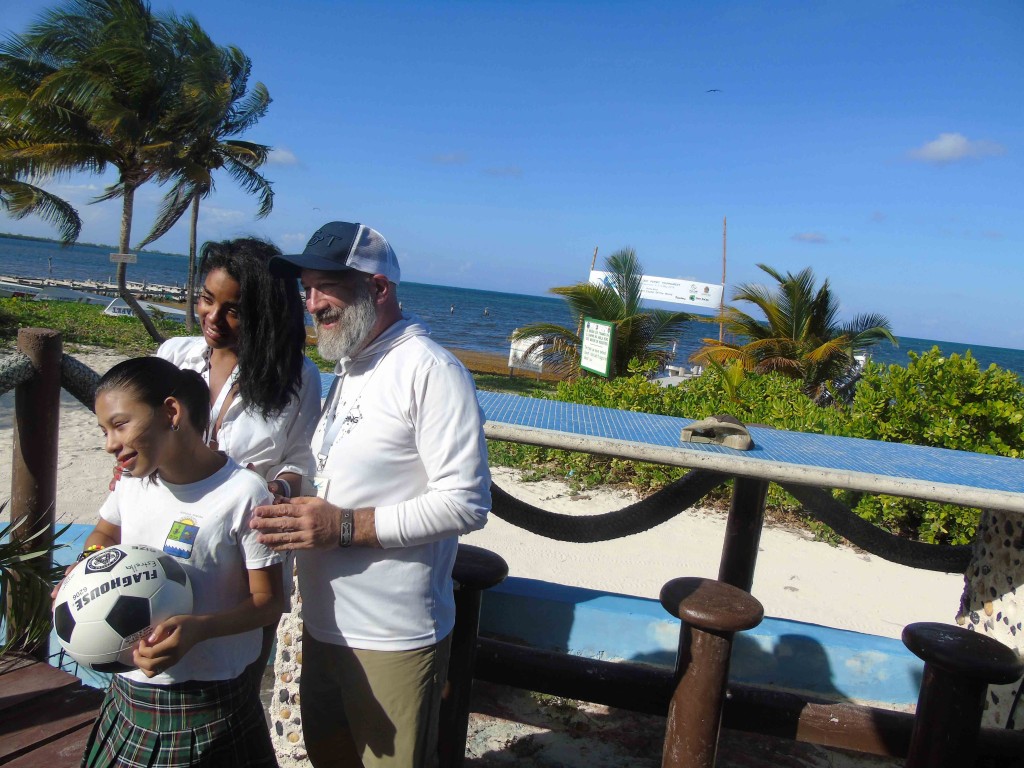 The Saturday party in the town square for the kids of Punta Allen was also great fun. It was like Christmas in May. All the kids in attendance received gifts. They broke open a big piñata, and the kids scrambled for all the treats. The winner of the kids’ fishing tournament made all his friends jealous with his brand new bicycle. There aren’t enough words to describe the smiles and laughter on all of the faces of the children and their parents. There was also some delicious food provided by the residents of Punta Allen. Homemade pizza, tacos, empanadas, and a delicious watermelon drink mixed in a blender made with an exercise bicycle. Yes, by a bicycle. It was a great event for everyone! 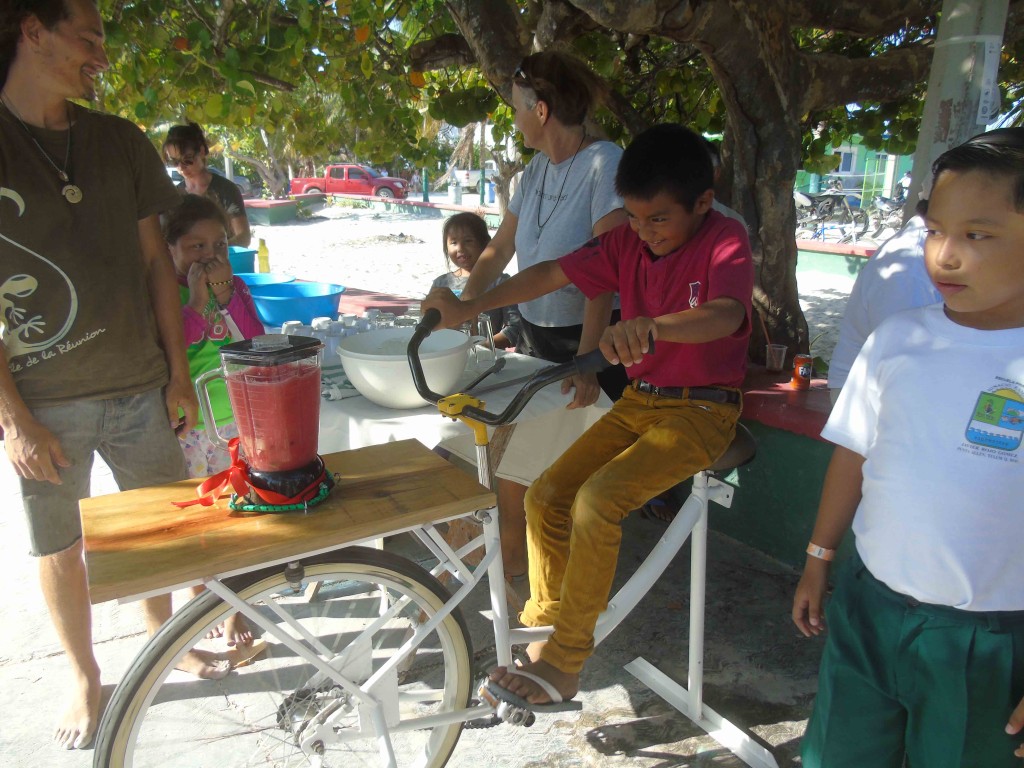 The dates are set for 2019. It will begin with an optional practice day on Wednesday, May 1. The tournament days are Thursday, May 2 through Saturday, May 4. Space is limited so if you would like to join in the fun and help support a great cause, contact me by email or phone for all of the details.