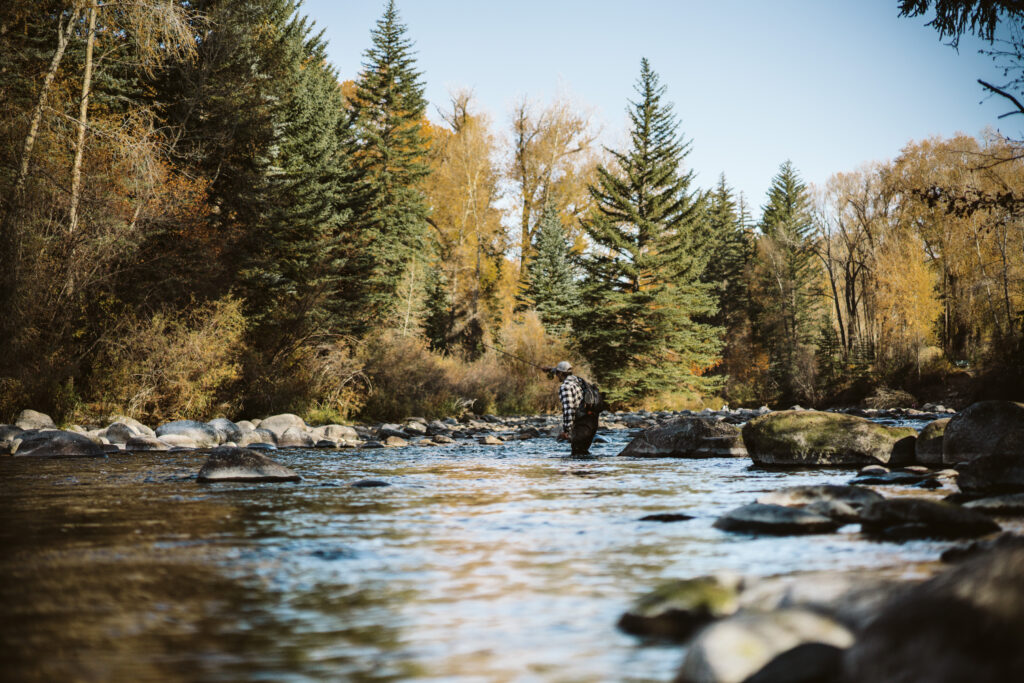 Nov, 2019: It’s no wonder why fishermen flock to the western states in mid-late summer. Tons of bugs, good weather, and the kids are out of school. While July-August can be, and typically is, lights-out fishing, mid-October is another time that should be considered. Frontiers’ Marketing Manager, Anthony Conti, and I just returned from an eight-day Colorado/Wyoming road trip. We put over 1,000 miles on our rental car, fished half dozen different streams, and visited four lodges. One thing that was for sure during our travels—there were fish to be caught. Here are the reasons I love fall fishing as well as examples from the trip to back it up. 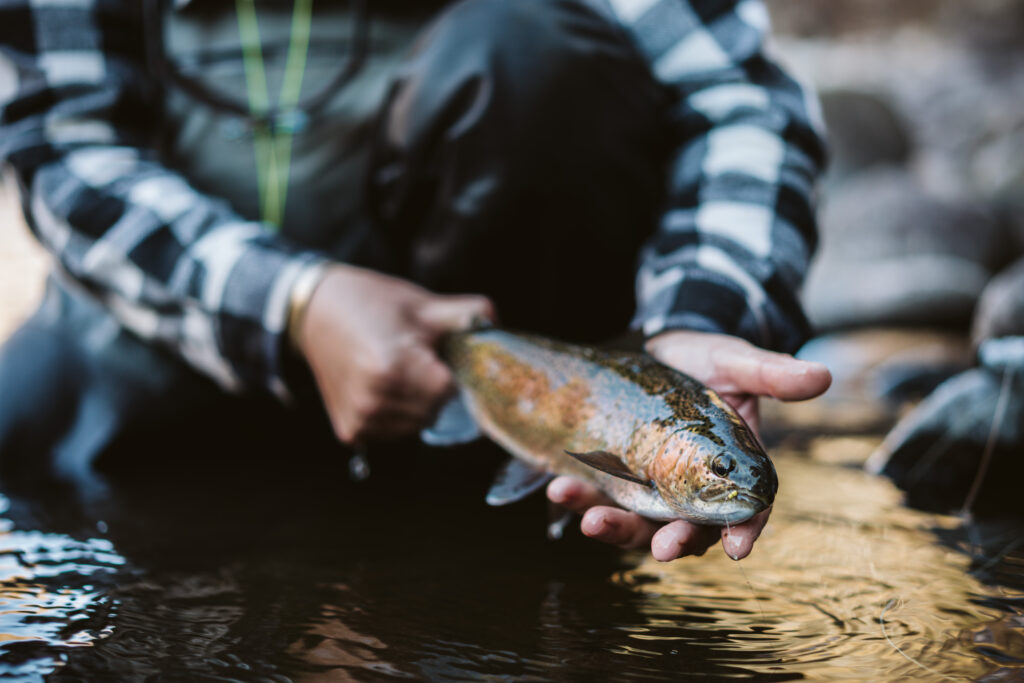 Early-mid October is a perfect transition period; the sun isn’t pounding on the water, and the temperatures are comfortable, often climbing into the high 60s during the afternoon, thus making fish and aquatic life more active! Shorter days and cooler nights bring trout into the pre-spawn mode, which means they need to eat.

Example: We caught fish on every technique: dries, nymphs, and streamers. One of our best days of fishing was on the Taylor River. Mid-day had a great streamer bite, and the afternoon fish were rising to blue-winged olives and gray drakes! 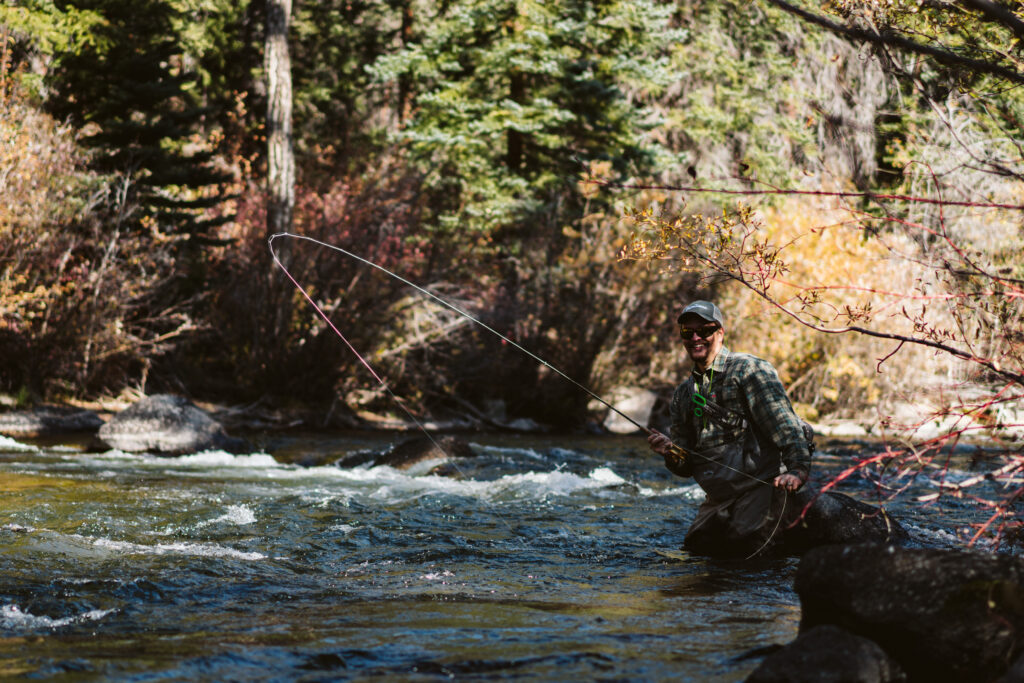 Yes, summer has substantial fishing. However, it can have substantial crowds too. Fewer people on the water means a couple of things. Fish are not getting pressured as much and become less “spooky.” Less spooked fish = less selective fish that will often take the fly on the very first good presentation. Another benefit of less pressured fish is that big fish tend to let their guard down making them more susceptible to be fooled by a well-drifted fly.

Example: Anthony and I found a good size rainbow rising to gray drakes at Taylor River Lodge. I told Anthony that this fish can be caught, and we should attempt to get it on video. The specific fish that we were targeting was more than halfway across the stream, and there were too many different currents to make a cast from the bank while maintaining a good drift. So, I simply moved closer to the fish to make an easier cast. Sure enough, the fish ate on the second cast. Because that fish had not been pressured, I could move in closer for a better presentation. Here is the video:

The temperature changes of fall make the aspen leaves glow, as well as the trout! A trout’s color is often deeper, more prominent in the fall. If you think those browns in the summer are beautiful… wait till you see their fall colors.

Example: While fishing a bright yellow streamer in a plunge pool, my guide and I saw my fly get t-boned by a golden flash. A few seconds later, we were looking at a stunningly colored cutthroat, pictured below: 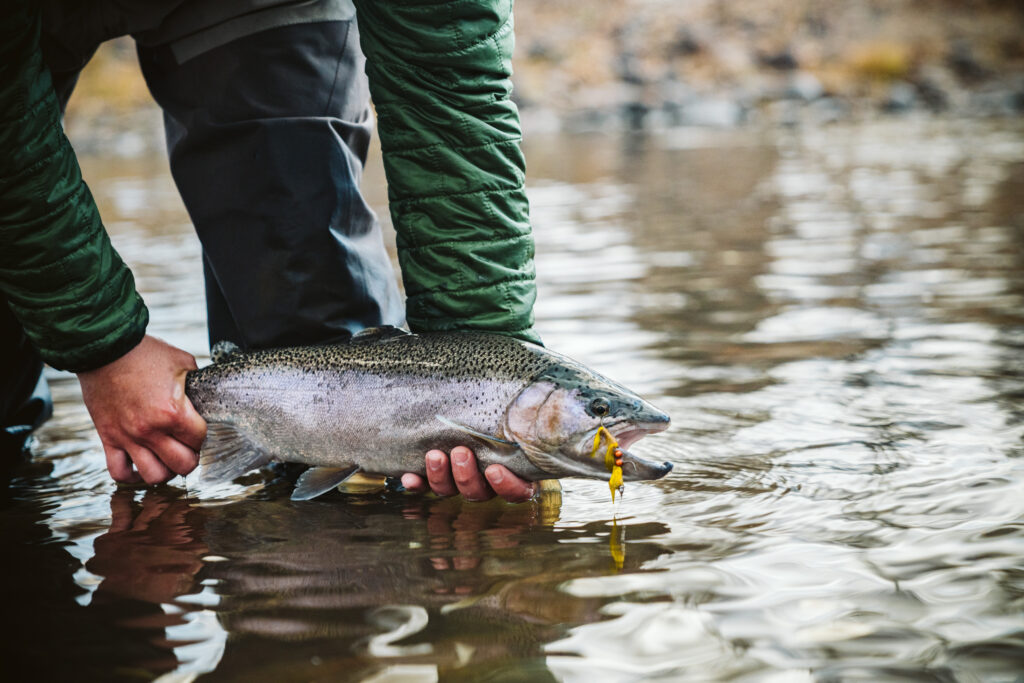 Elk and other animals tend to be more active because temperatures are more suitable.

You owe it yourself to fish the American West in the fall. Fish can still be caught on dries, less pressure by anglers, bigger fish, and gorgeous scenery. 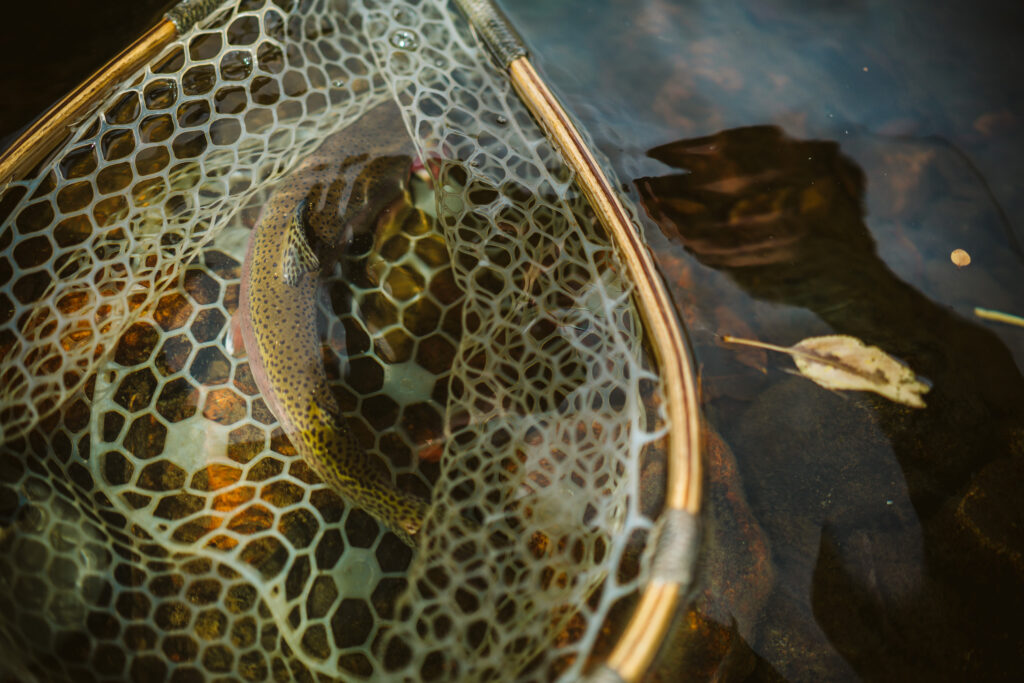 If you have any questions on fishing in the fall along with all the outstanding lodges and guiding services Frontiers work with, feel free to contact me.