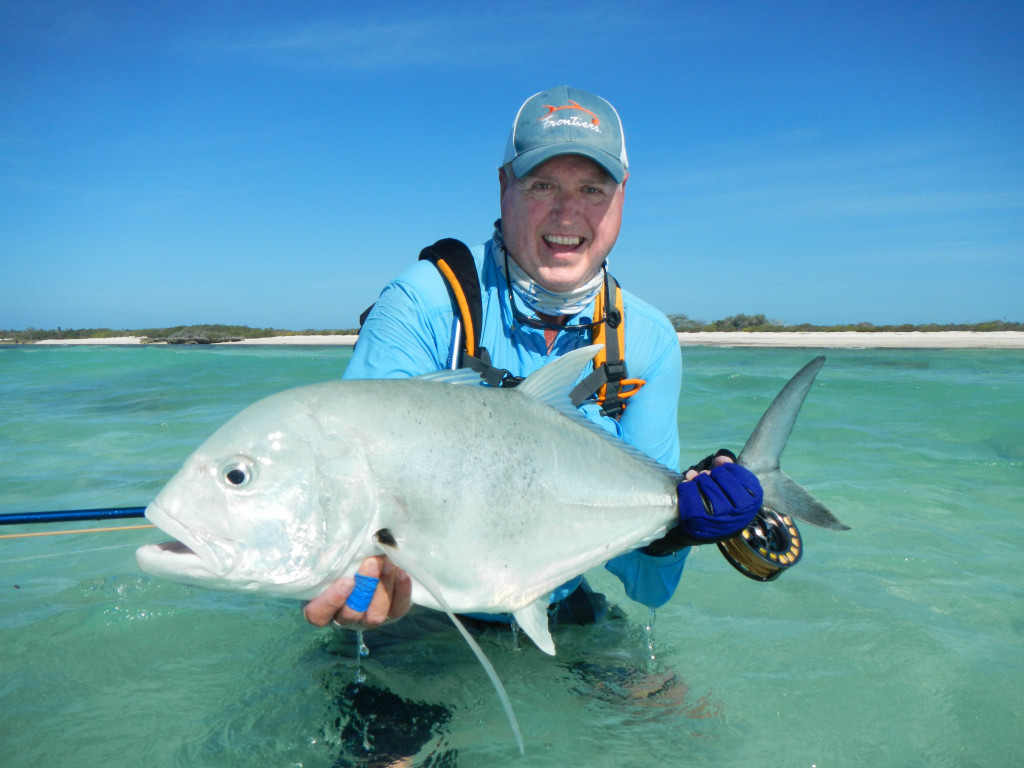 Its 2:15 am as I sit in the Dubai airport waiting for my 8:40 am flight to Boston and then onto Pittsburgh. Travel to and from the Seychelles may be exhausting, but it’s worth every minute. As I reflect on my time at Astove and Alphonse Islands, I believe you will have a hard time finding two fishing lodges (even as isolated and remote as they are) that offers a better combination of outstanding fishing, guides, staff and facilities.

Due to an early Monday chartered flight to Astove Island, my trip began with an overnight on Sunday at the Eden Bleu Hotel on Eden Island. The hotel, which recently celebrated its one year anniversary, is located less than 10 minutes from the airport and features an eye-pleasing open-air design with the bar/restaurant overlooking the pool and marina. Connected to the hotel is Eden Plaza which offers a variety of small boutique shops, a supermarket and several restaurants that I think our clients will enjoy before heading to Astove or Alphonse Islands. 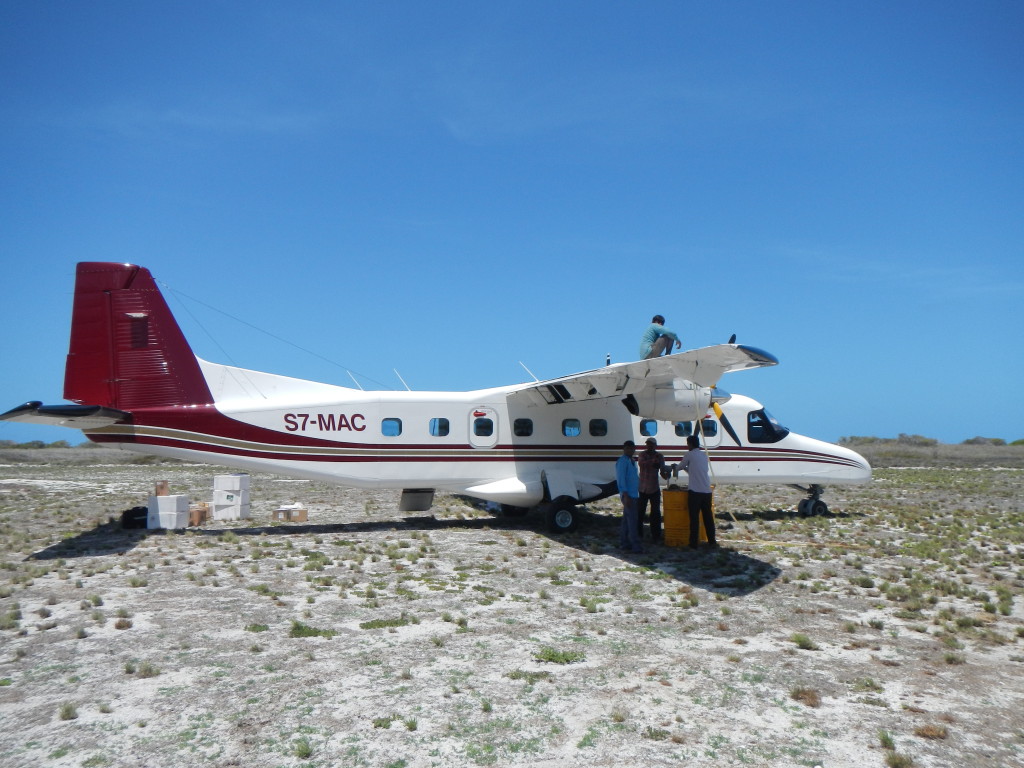 The next morning arrived with showers in the air and threatening clouds on the horizon. My flight, questionable due to the weather, departed one hour late. The pilot warned us it would be a bumpy ride, but it became quite smooth and uneventful as the miles separating us from Mahe grew – just the way I like it when flying in a small plane. After a quick stop at Alphonse Island to refuel and to pick up several anglers who were joining me on Astove Island, we were back in the air. The total flying time from Mahe was about three hours. We touched down on a grass and dirt runway, jokingly known as Astove International, where we were greeted by the guide team before heading to the lodge a few minutes later. After a brief meeting and lunch, we quickly unpacked, geared up, and after a quick five minute ride on the lodge’s Viking ATV, we were on the flats looking for bonefish. It doesn’t get any better than fishing the day you arrive! 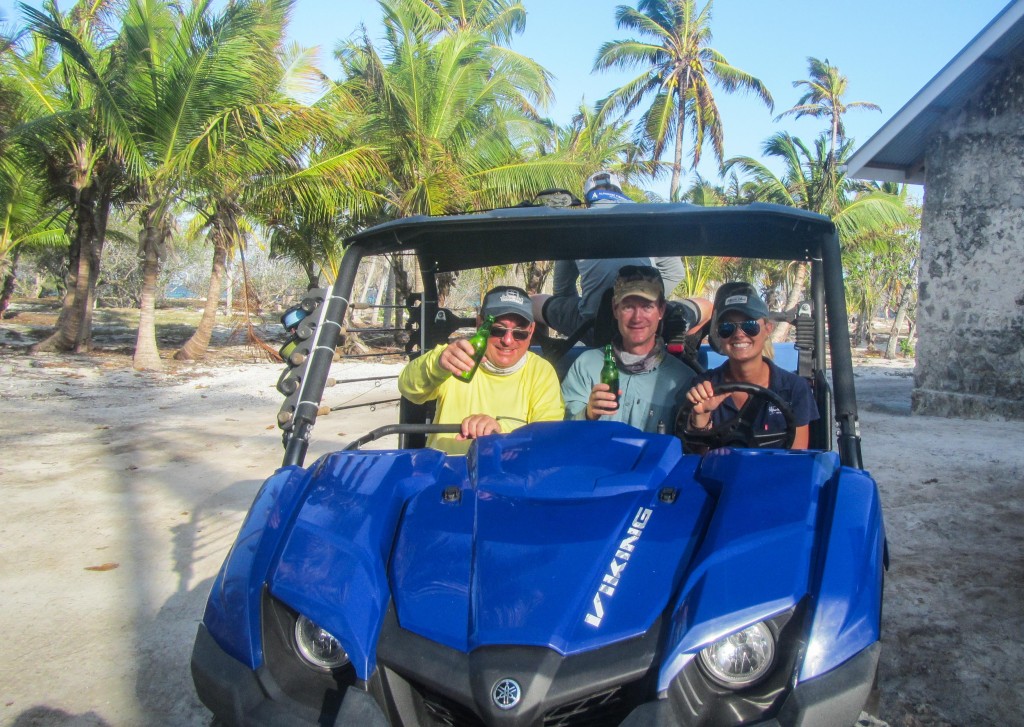 I enjoyed a hardy breakfast early the next morning before starting my first full day on the flats with my fishing partner for the week, John R. from South Africa, and guide, Christiaan Pretorius. The bonefish action was non-stop as they anxiously ate my Mantis Shrimp pattern on almost every cast. New this year at the Alphonse lodges are a series of buttons awarded as a memento for catching your first GT, triggerfish, permit, sail and bone in a day, and 20 bonefish in a day. Both John and I quickly qualified for the 20 bonefish pin that morning. 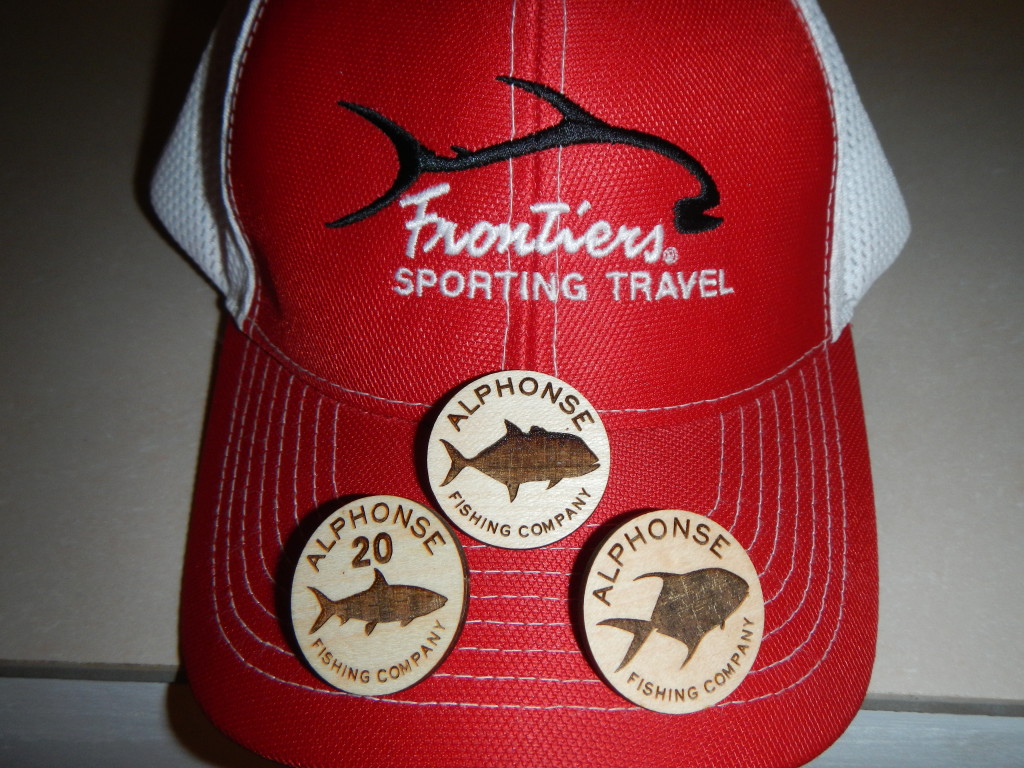 After lunch, we decided to do some teasing along the shear edge of the reef. To explain, on the west side of the island you can wade roughly 300 yards from shore at low tide. You come to a point where with just one more step, the water quickly drops to 650 meters or over 1/3 mile deep. You can bluewater fish for wahoo, tuna and sailfish just off the edge. In fact, on the last day, Dave H. and Terry D. hooked and landed an estimated 100 pound dogtooth tuna while teasing. Teasing consists of a guide casting a large hook-less plug as far as he can and using a fast erratic retrieve, the goal is to entice fish to try to eat the plug and to tease them back to the boat within range of our cast with a fly, usually either a brush fly or large popper.

Teasing along the reef was great fun that resulted in several GT’s and bluefin trevally during the week with one memorable pack of GT’s and one particularly large GT. We were fishing just outside the inlet right after the tide turned from slack to an incoming push. Christiaan made a long cast. Soon there was a series of explosions on the plug. Christiaan increased the speed of his retrieve and was able to tease the pack of GT’s close enough for us to make a cast. The water was foaming as fish battled each other to get to the plug. Christiaan jerked the plug out of the action as John and I made a cast and a huge GT engulfed my NYAP popper. It was game on, only to have my fly line snap like a piece of string when the line got wrapped around the butt of my rod. Oops… there’s $85 down the drain. You can’t explain the craziness and how vicious an eat from a GT is on a popper until you see it for yourself. Popper fishing for GTs is pure excitement and a total adrenaline rush!

The Astove Island fishing program consists of flats fishing the inside shallow lagoon for bones, permit, small GT’s and bluefin trevally. The flats are mostly hard and very easy to walk. As you walk towards the inlet, the east side water channelizes and deepens. You then move to the shore and either sight cast or blind cast for GT’s, which can result in some great explosions on your popper or fly, like someone throwing a brick into the water. Or you can stay on the west side and wade all the way to the mouth. The only time we crossed paths with sharks was when one decided to eat a fish I hooked and was soon roughly 150 yards into my backing. Even with the drag tightened all the way I still couldn’t stop him. 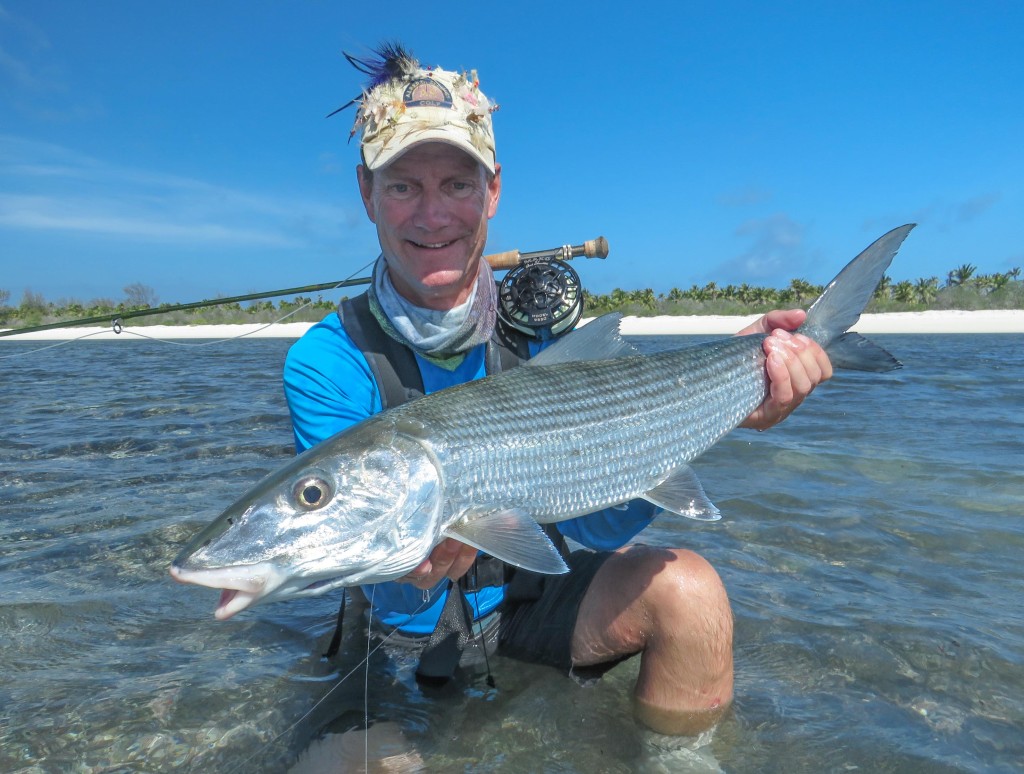 According to the guides, fishing the north point (see map) for triggerfish and GT’s on an incoming tide push can be very rewarding. While we didn’t see any GTs, we had shots at triggerfish but didn’t hook up. We also fished the outside reef at low tide from Paul’s Island, located on the southwest corner of the island running north to the North Point looking for triggerfish, GT’s and big bonefish. The big bone of the week was caught there by Dave H. with a sweet 9 pounder. The guides also like the east side of the island but unfortunately it was unfishable all week due to an east wind and rough conditions . 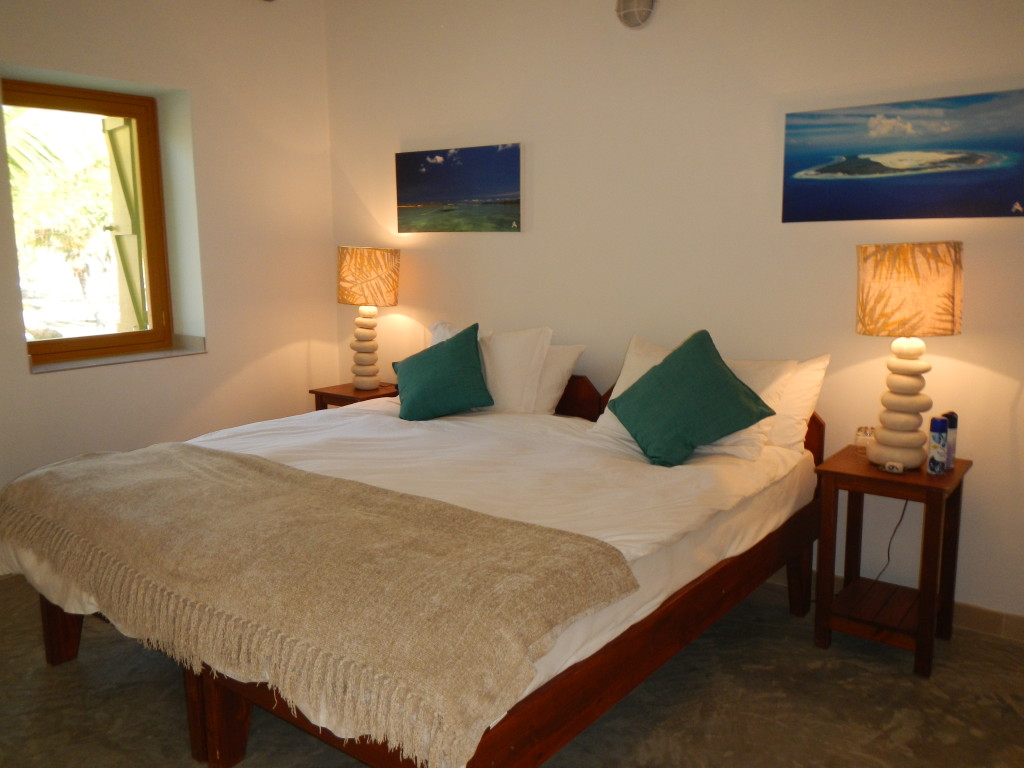 The accommodations are amazing and very comfortable considering the isolated destination. A complete renovation of the Coral House, which was started but never finished in the 60’s, has resulted in a very comfortable lodge with six guest bedrooms, lounge, dining area, small office / fly shop, laundry room and a complete kitchen. It’s an amazing story of perseverance considering everything had to be brought in by boat, transferred to a barge which only could be moved to the island on high tide. 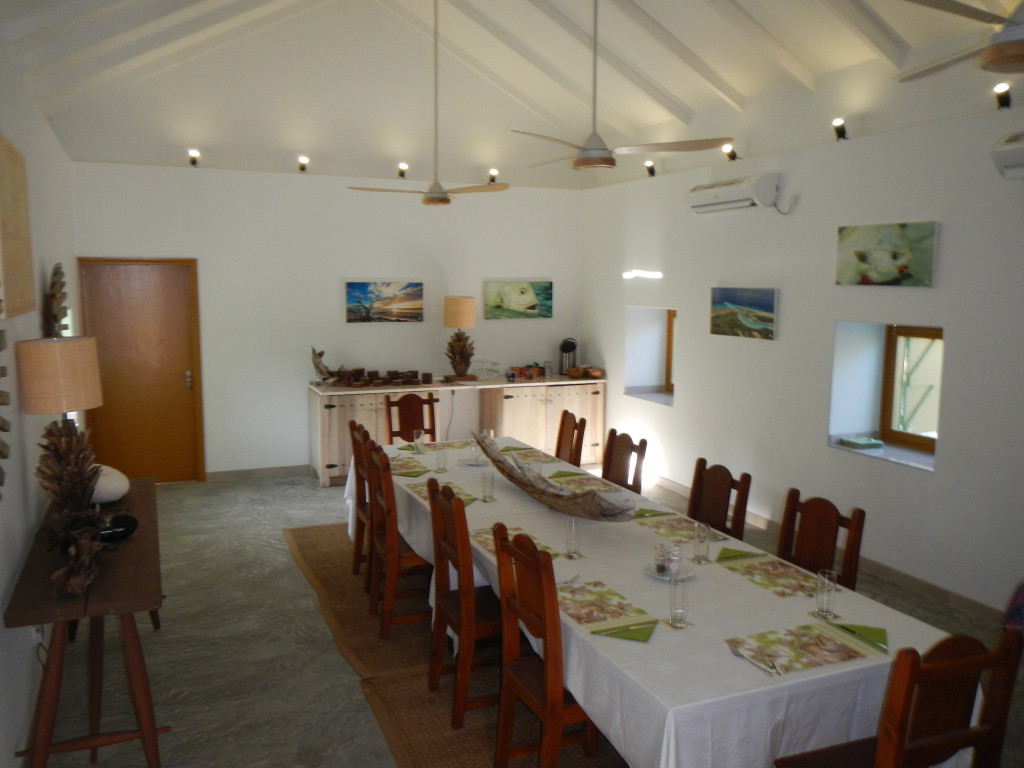 Even though Mother Nature threw us a curve ball by way of an offshore swimming red crab migration which pulled a lot of fish from the flats for an easy meal, Astove Island was a great and memorable adventure. The program just looks and feels fishy. I’m sure there are going to be some incredible fish stories coming from Astove in the months and years to come so give me a call for complete details.

Update from Keith Rose Innes, Fishing Director for the Alphonse lodges: “I’m happy to report that the fish have come back and it was the best I have ever seen. Three of us fished with a film crew (4 hours a day) for 3 days and it was a frenzy! 47 GT’s, 7 Triggers, 2 Milks and 1 Permit!  The crabs are gone and it’s back to normal.”