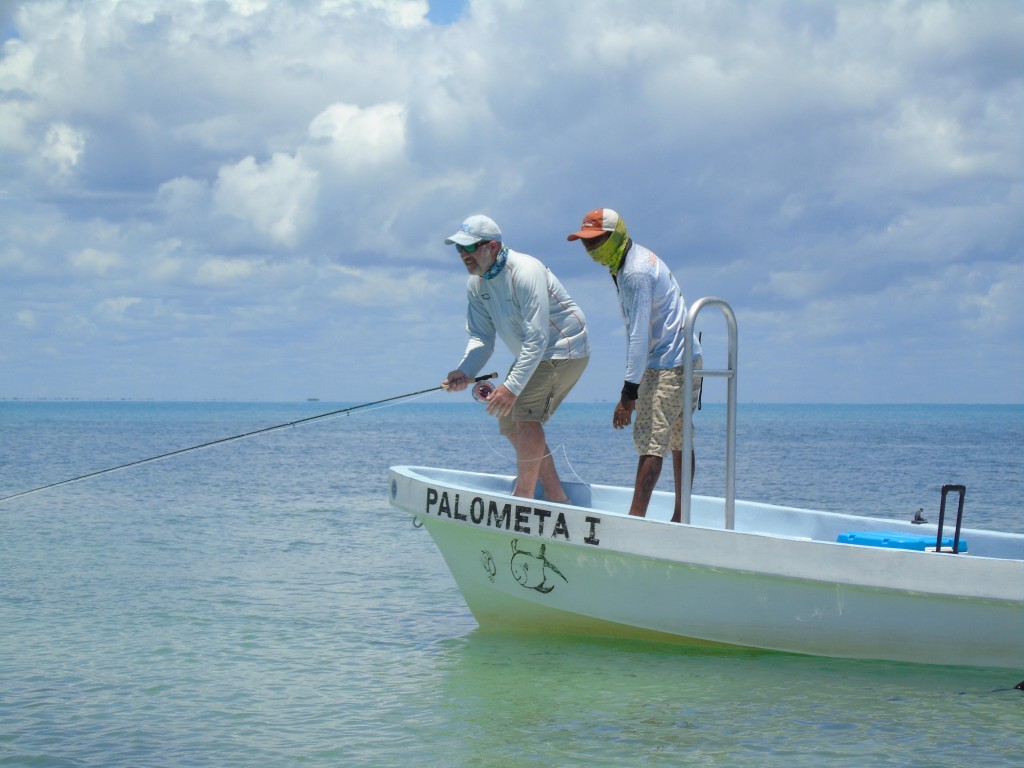 Beautiful weather greeted the anglers and me for the Third Annual Ascension Bay Permit Tournament held on Friday, April 21 – Sunday, April 23. Sunny skies, calm winds and temperatures in the 80s. 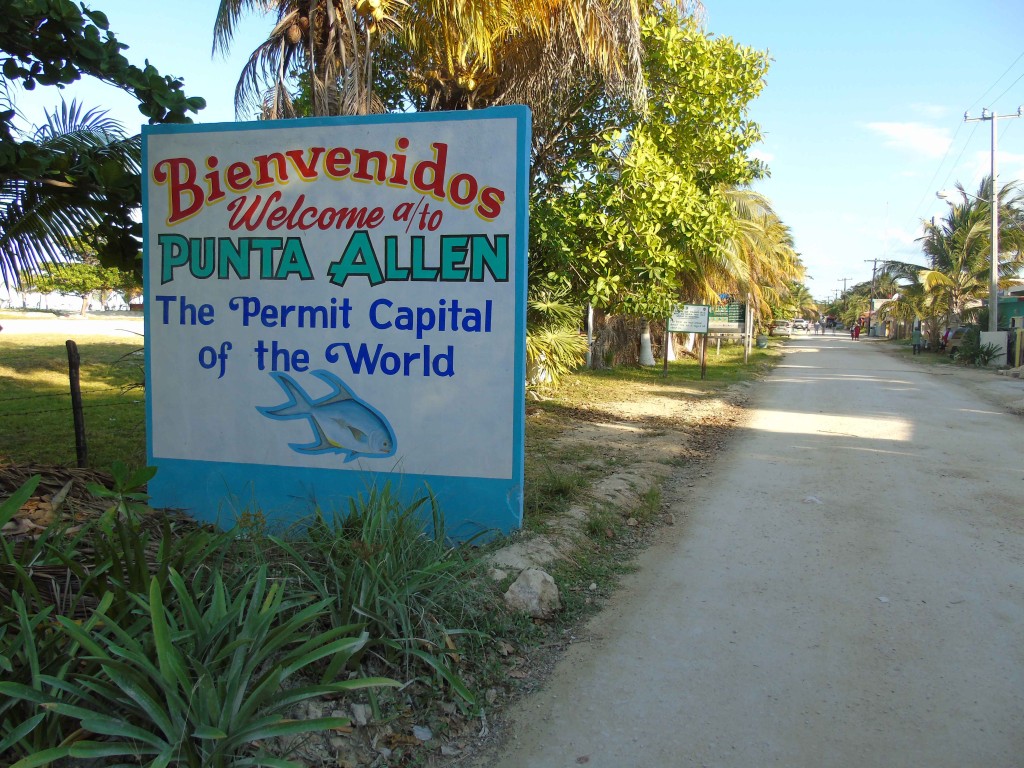 I awoke Friday morning just as the sun was peaking over the horizon. After a hearty breakfast of eggs, bacon and toast, my partner Kris Rockwell, myself and all of the other anglers headed to the town square for a brief meeting on the tournament rules and the blind draw for your guide. New to the event this year was the addition of categories for the largest bonefish, tarpon and snook. Expectations were high as all the boats departed for various locations throughout Ascension Bay and the inside lagoon system. With the perfect conditions, almost all of the anglers went looking for permit. Kris and I had some good shots during the course of the day, but like permit often do, they wouldn’t eat. Little did we know at the time, but most of the other anglers had the same issue. We were all surprised to see only one permit on the scoreboard after the first day of fishing. The highlight of my day happened when we were enjoying a before dinner drink and noticed some tarpon surfacing right in front of the lodge. I walked over to my room, grabbed my 10 wt. and on about my tenth cast from the lodge dock, I hooked and landed a baby tarpon around 12 lbs. 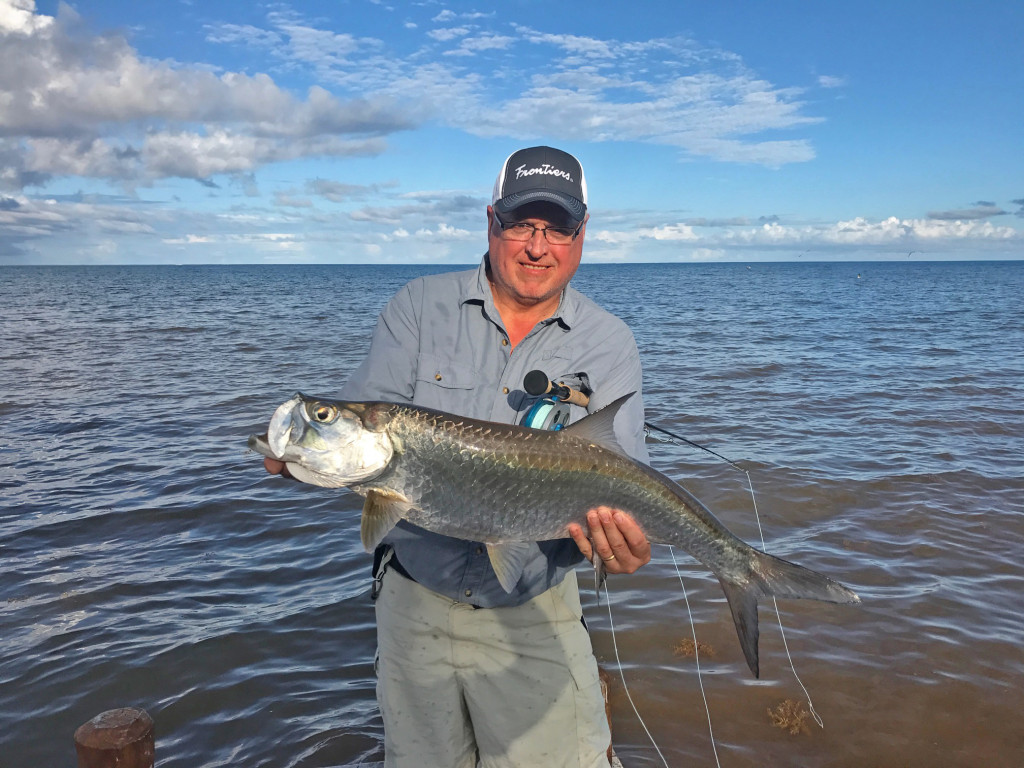 Saturday and Sunday were carbon copies of day one with clear skies and perfect fishing weather, so expectations remained high. Like day one, the fish gods forgot to tell the permit to cooperate as they proved to be very elusive again except for one angler, Alejandro “Sand Flea” Vega. He drove down from his tarpon program in Isla Holbox to show the permit that he is still the man by repeating as champion with four permit, all caught on day two. Other winners include the largest permit, 25 inches by Tim Profota, the largest bonefish, 22 inches, was caught by a member of the Team Frontiers, Carl Panzenhagen. The largest tarpon was 55 inches caught on the last day and in the last hour of the tournament by Dave Morrissey and “Sand Flea” took home another trophy for the largest snook of 35 inches. 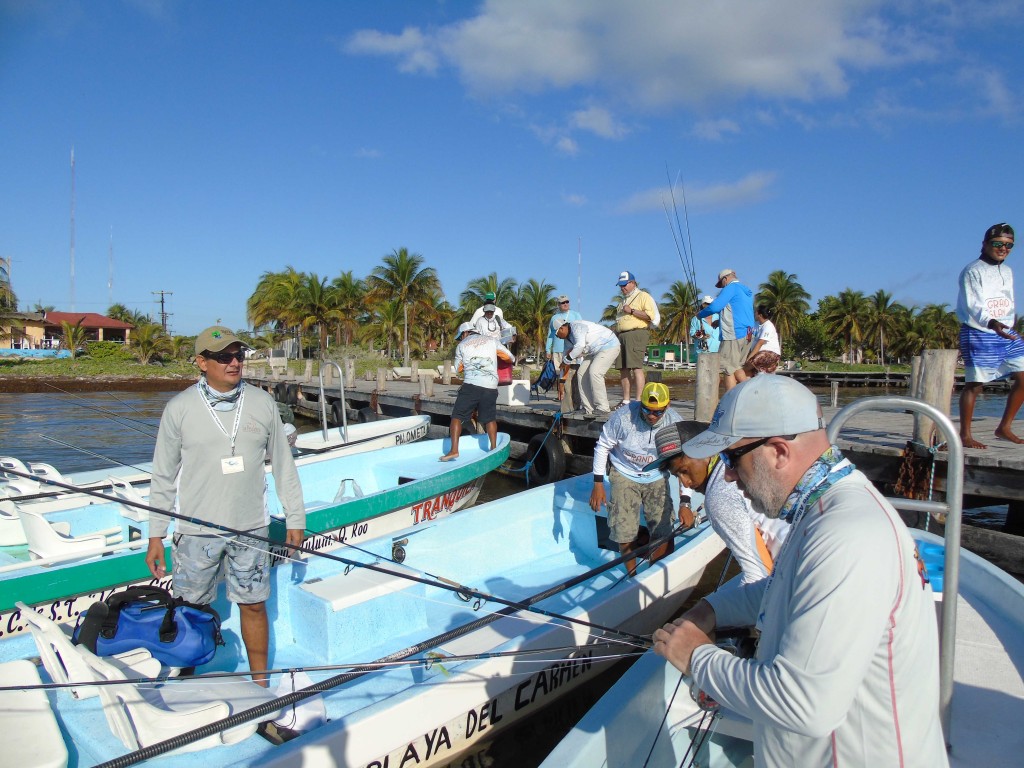 Overall, it was a common story for most of the anglers. A lot of permit were seen, but getting them to eat was a different story. That’s permit fishing. It is frustrating, but very rewarding when it all comes together. Plenty of bonefish were caught over the three days and the tarpon fishing exceeded expectations. 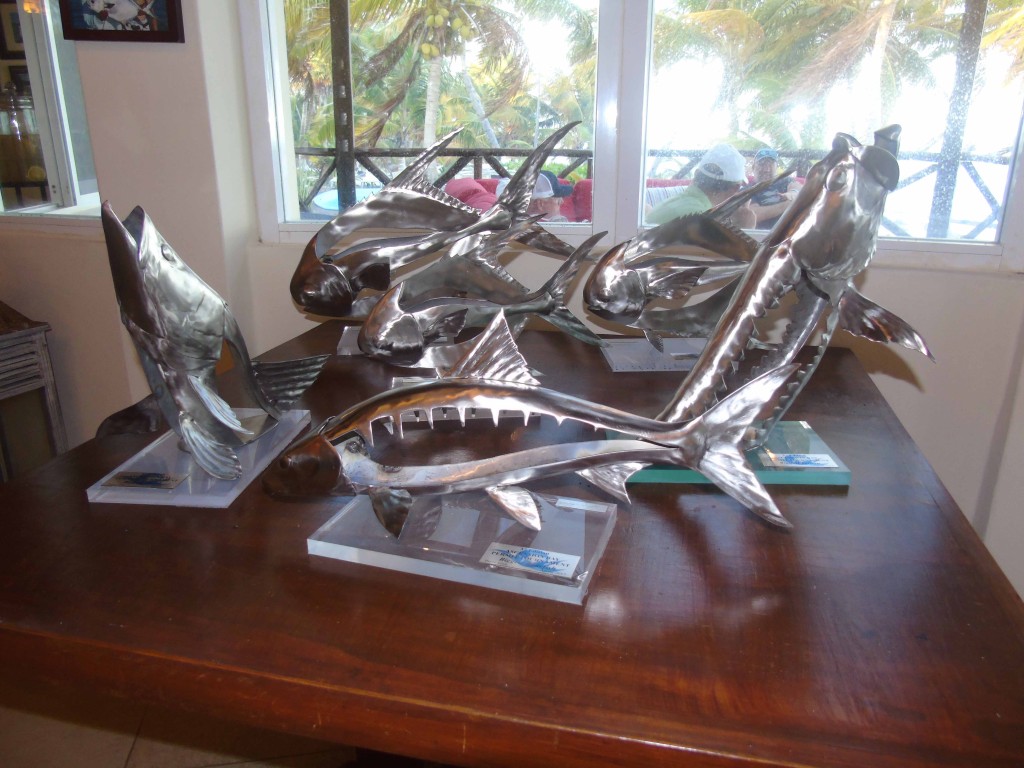 Still, the real reason for the tournament was the kids and schools of Punta Allen. On Friday evening, most of the anglers went into town to tour the schools, to see the improvements that have been done and to hear what’s in the pipeline for the future. It really opened my eyes to see the lack of resources and the conditions the kids have to endure for an education. As a result of the money raised by the tournament, conditions are definitely improving. The school concentrates on the basics, reading, writing and math, but they also emphasize learning the English language as the staff knows it can open the door to a lot of good jobs in the travel and tourism industry. 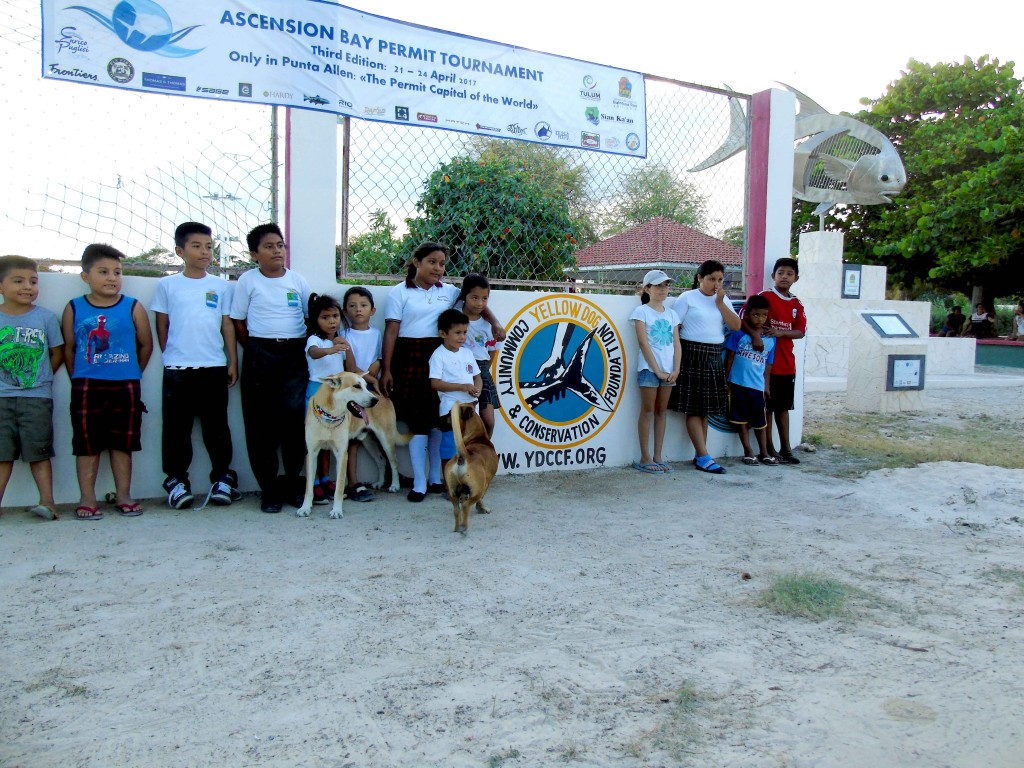 The proceeds from last year’s tournaments went to purchase amongst many things, but more specifically a braille writing machine for a young blind girl in the village, so she can write her stories. At the end of the school year the big project is a complete overhaul of the grade school bathrooms that are currently in deplorable condition.

It’s a great experience seeing first-hand the changes that have been made with the funds raised by the tournament over the last two years I participated. Speaking of the tournament, I would call it a fishing derby more than a tournament. It’s just a bunch of great guys getting together to fish and socialize, while supporting a great cause. If you are lucky or skilled, you could win a custom made metal sculpture by Italian metal artist, Alberto Coppini, whose fish sculptures are incredible. 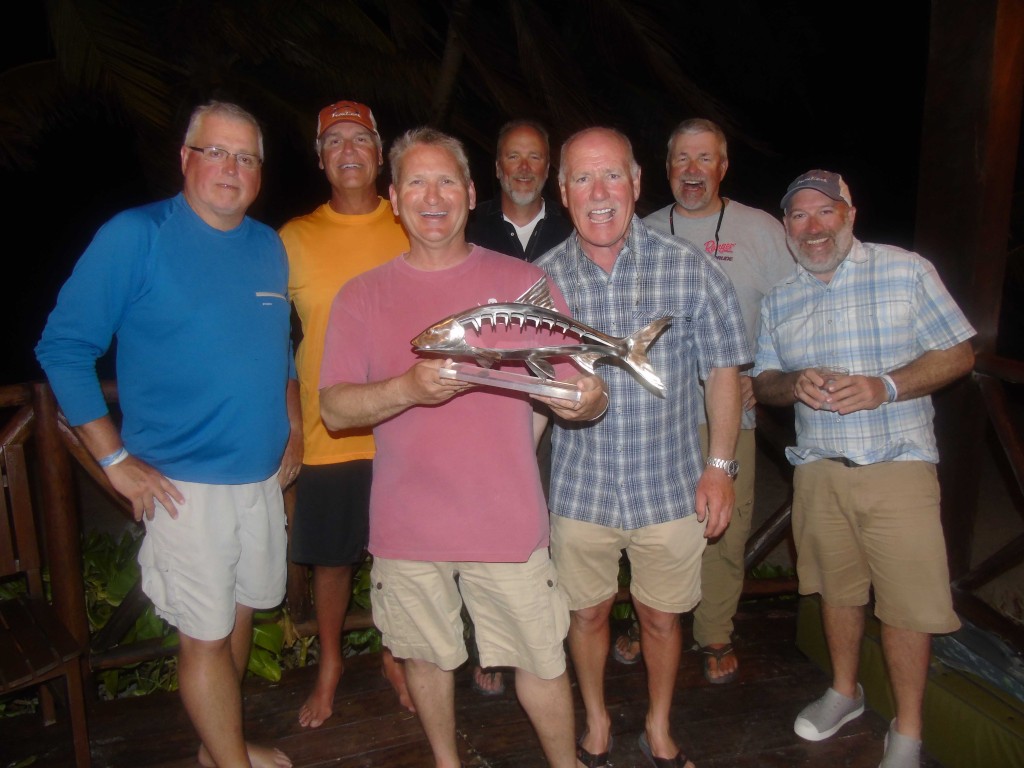 Think about joining us next year. The dates will be published once the details are finalized.