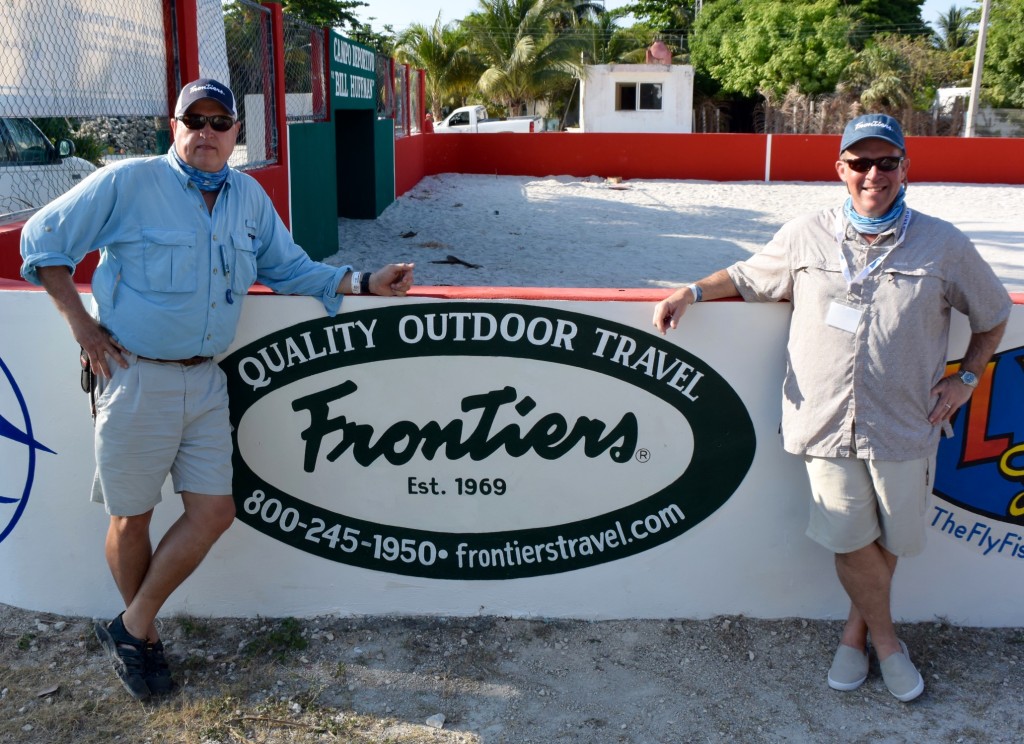 Frontiers thoroughly enjoyed hosting and sponsoring the 2nd Annual Ascension Bay Permit Tournament at Grand Slam Lodge in April. The event benefits the children and conservation efforts of the Sian Ka’an Biosphere. Last year, thousands of dollars were raised to improve the school in Punta Allen, including air conditioning the library to provide a more comfortable place to learn. The highlight of the three-day event was the presentation of a high-tech titanium wheelchair to a local child replacing the older metal chair she had outgrown. There were tears in the eyes of many of the spectators as the presentation was made possible based on funds earned from last year’s fundraising. 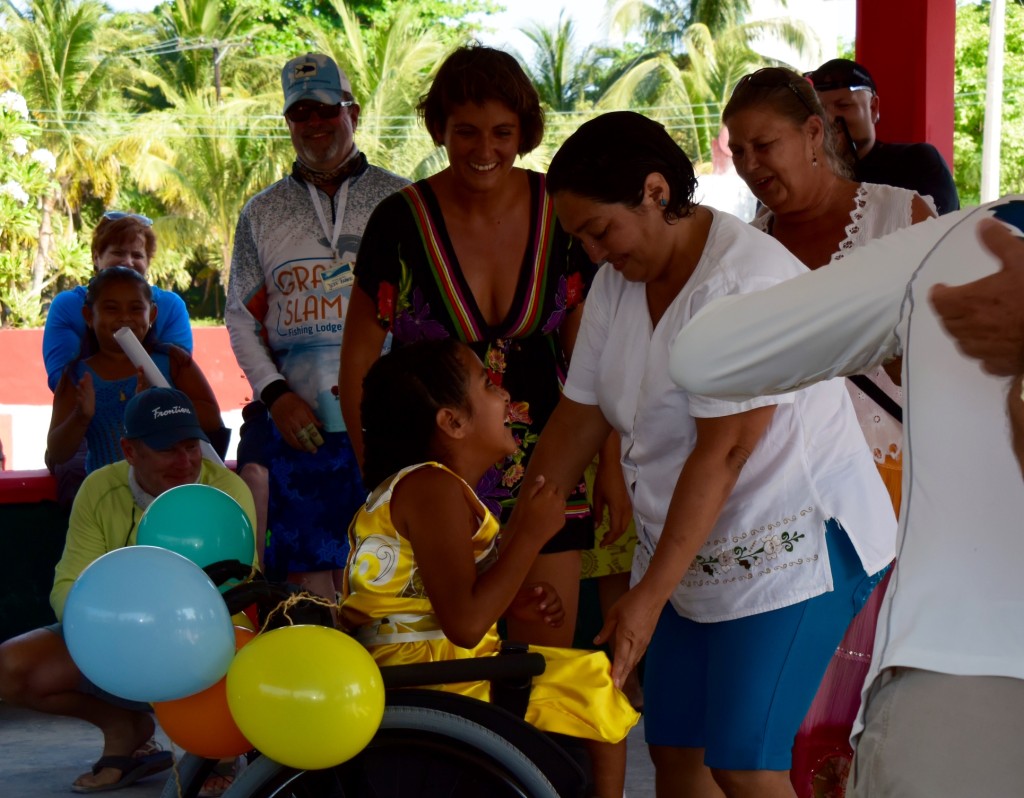 This year’s tournament was a rousing success, raising over $20,000 for the children in Punta Allen. Frontiers is pleased to be one of the leading sponsors and we had booked about 30% of the boats in the event. The Frontiers teams were hosted by Frontiers President, Mike Fitzgerald, Yucatan Program Manager, Bob Artzberger, and our tackle partner from The Fly Fishers in Wisconsin, Pat Ehlers. After one of our clients won in 2015, our expectations were high. Unfortunately, we didn’t finish in the running this year, but two members of the team caught permit, including Bob with a nice averaged sized Ascension Bay permit. 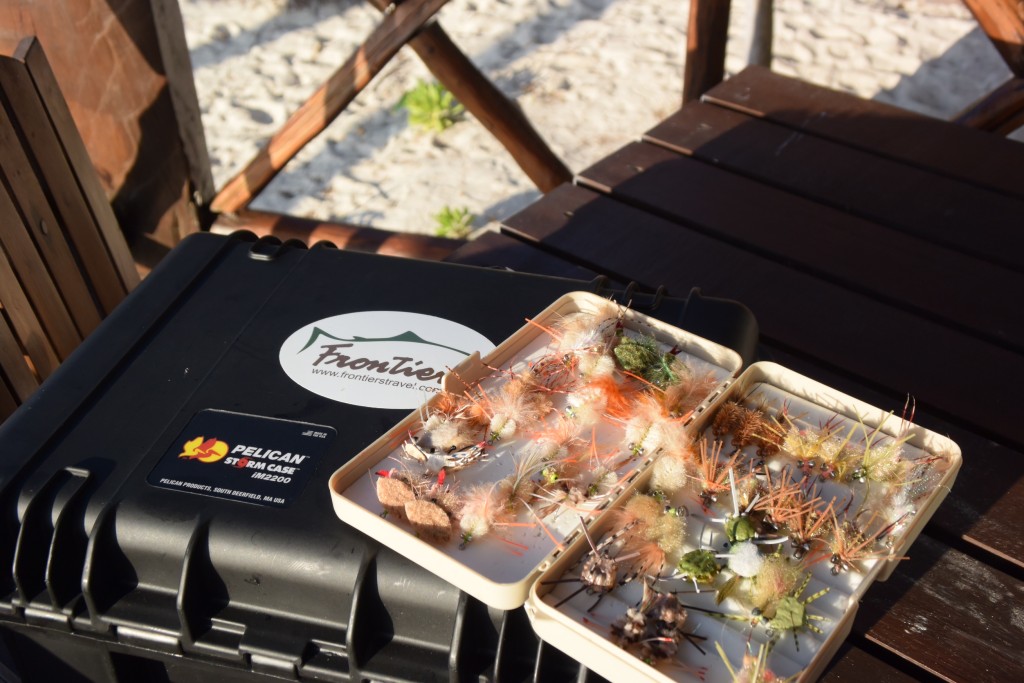 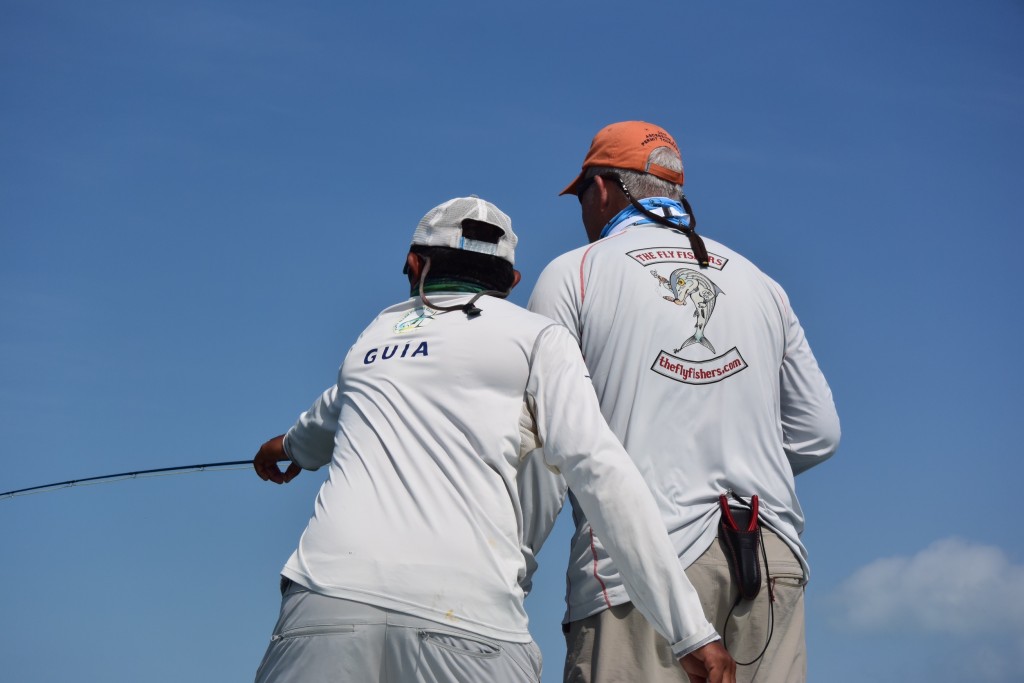 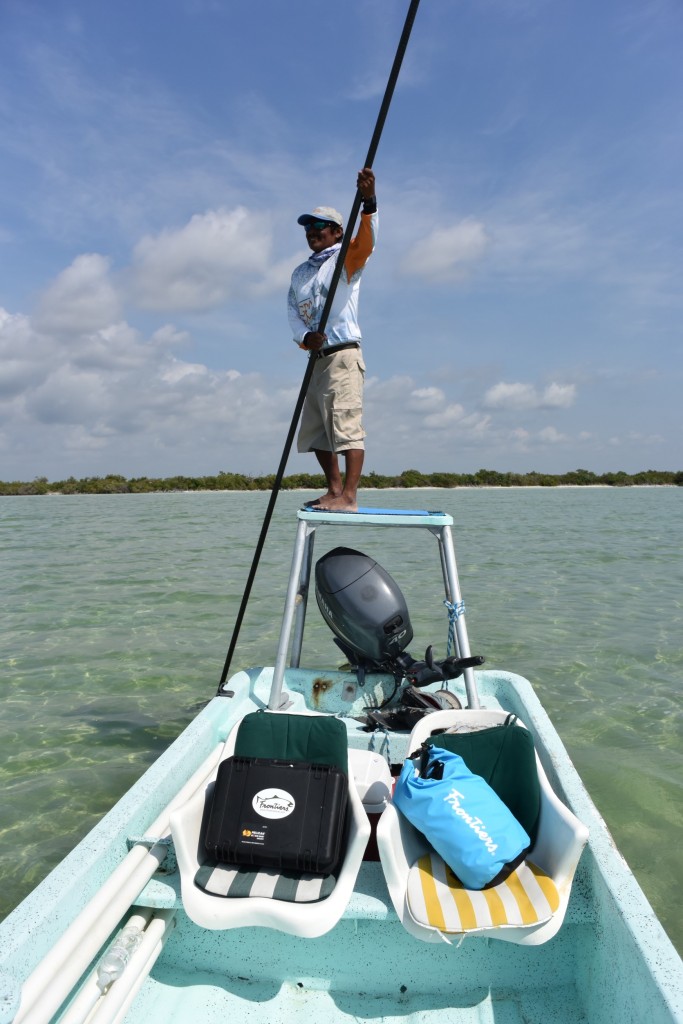 Confidence was high the first morning as the boats left the dock, but the anglers soon found out the permit were not going to be very cooperative, and they continued to be challenging for the whole tournament. Permit seem to be the smartest, yet most neurotic game fish that frequently like to “give you the middle fin!”  That’s why we love them so… 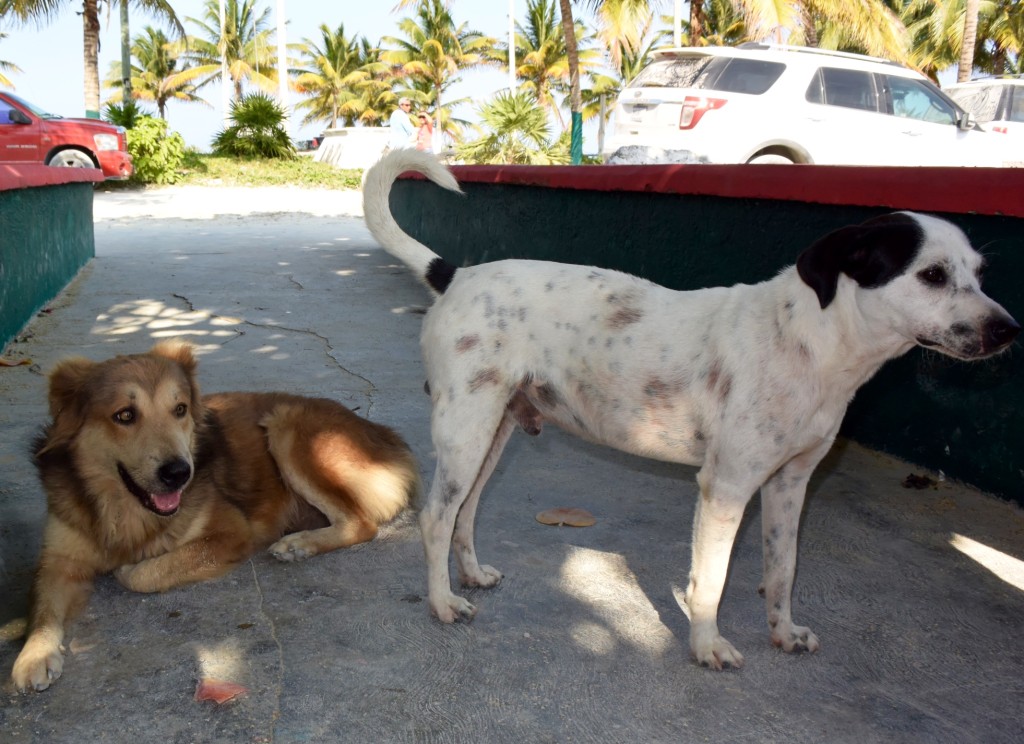 A number of the boats did find success. This tournament is all about fun and a lot less about competition. You meet some really interesting fishers and we were thrilled that Ed Morgan finished second. Ed and his wife, Kim founded the Isla Holbox Spay Neuter Project. Their mission is to humanely alleviate animal suffering and overpopulation by providing access to spay and neuter sterilization services. They are an all-volunteer organization dedicated to giving a better life to dogs and cats on Isla Holbox and in Punta Allen – two of our favorite fishing locations on the Yucatan. Through education, they are helping Yucatan residents become more responsible pet owners. We are sure Ed’s winnings will be put toward more surgical packs for their future trips south of the border. 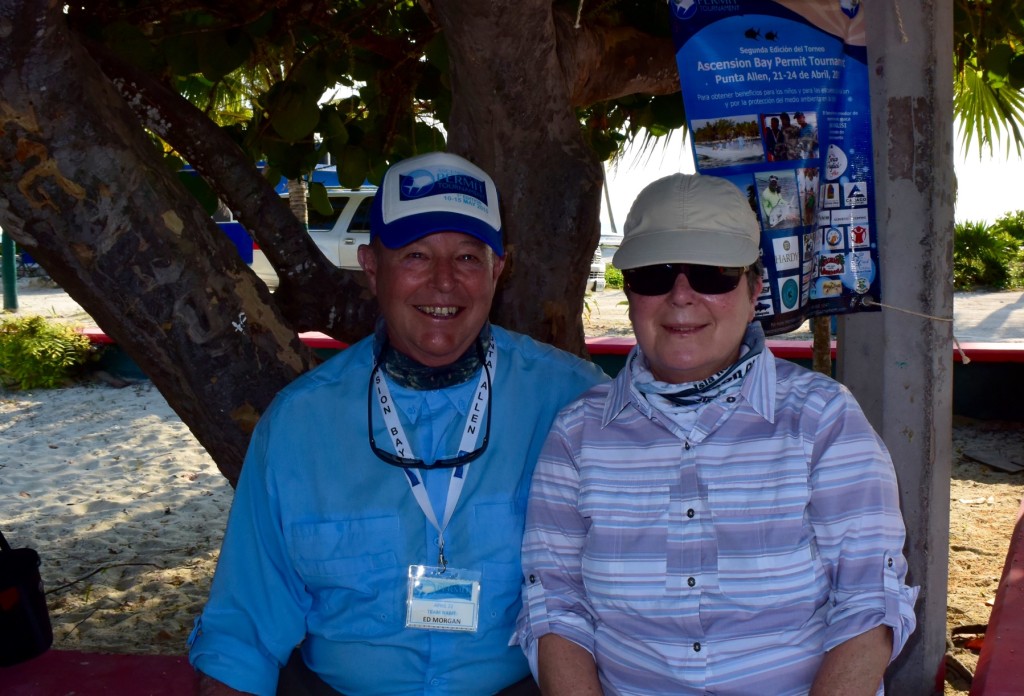 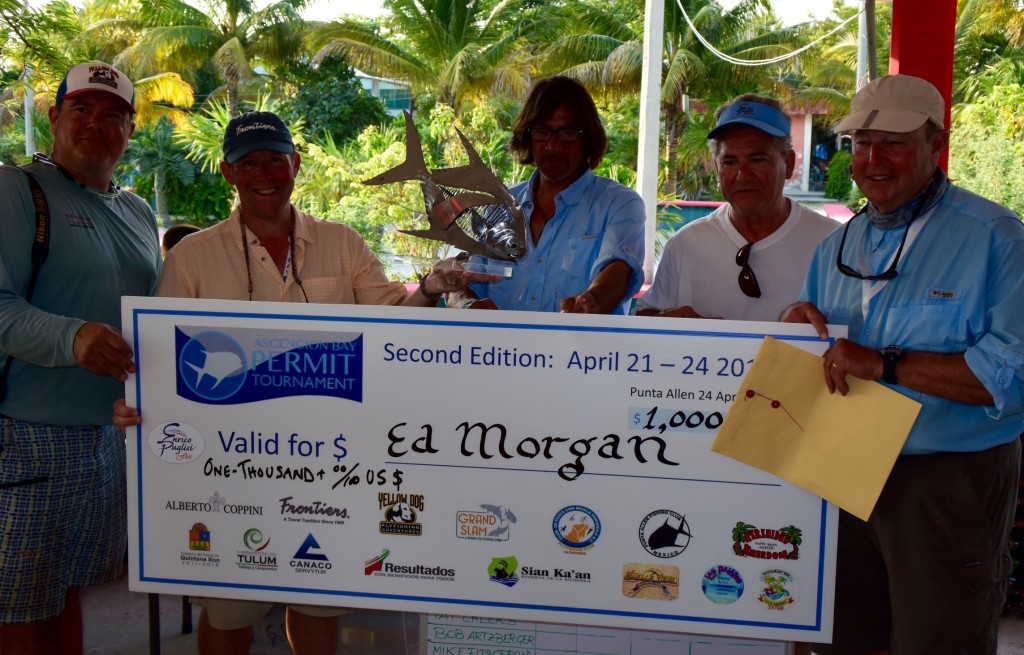 Team Frontiers’ stayed at Grand Slam Fishing Lodge, our most popular lodge on the Yucatan. The beachfront lodge offers 6 villas each with 2 suites, along with the main lodge which holds the restaurant with inside and outside dining, a bar, and an outside seating area. Manager, Miguel Encalada (who finished third in the Tournament), has assembled a fine staff who are anxious to accommodate your every need. His guide team consists of some of the best guides in Punta Allen. Besides permit, the experienced guides will lead the way as you pursue other species found in Ascension Bay including bonefish, tarpon, snook, barracuda, snappers and jacks. 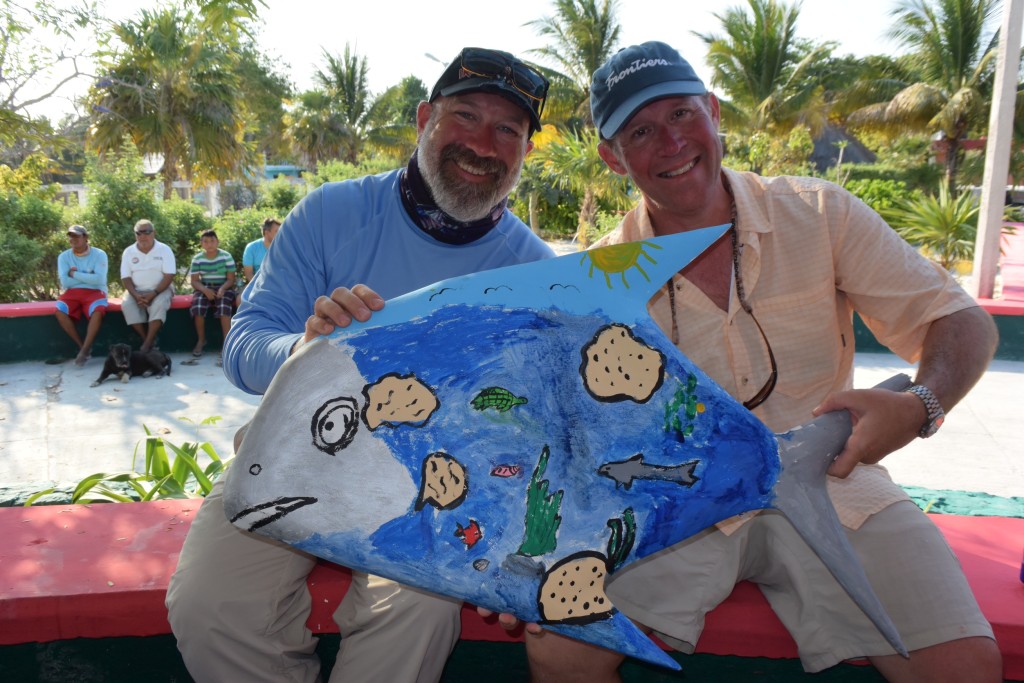 The tournament ended with a party at Grand Slam Lodge and a fabulous Mexican buffet. Fish stories abound and lot of memories were shared throughout the night. As the party wound down, everybody headed back to their rooms for the dreaded job of packing and preparing for the early departure the following morning.

The tournament was great fun and we hope that you will plan on joining us!  We’ll announce the dates as soon as they are finalized. It looks like the 2017 Tournament will include all of the major flats species – not just permit, which should make the three-day event a lot more fun with more fish landed.   The kids of Punta Allen will appreciate your participation!

By Mike Fitzgerald and Bob Artzberger